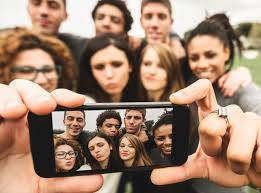 As we slide into February, recovering from the wave of prediction posts that decorate blogs and websites through January like tinsel decorates Christmas trees, most of us are nonetheless still thinking about the year ahead in one way or another. Some are preoccupied with harvest activities, others just generally planning and strategizing for surviving the coming months.

In this vein, I came across an interesting piece from The Washington Post entitled “What the future may hold for winemakers and wine drinkers”. The piece is focused on the US wine industry and wine consumer and touches on a number of factors that will likely affect US wine sales in the near future – including cheaper imports, competition from craft alcohols (beers, ciders and cocktails) and the effect of generational shift. That last one got me thinking about Millennials – and if perhaps locally we should be focusing on them too.

If you’ve managed to come this far along in the 2010s and haven’t encountered the term ‘Millennial’ yet, permit me a quick overview for your edification and delight: Millennials are basically Generation Y – the generation following Generation X. Definitions are fuzzy, but generally it refers to anyone born between 1981 and 2004, though the common use of the term skews more towards the younger end of the spectrum (I’m 31 and don’t think of myself as a Millennial and have never been referred to as one either).

Now if you’re really comfortable under that rock, you might be wondering why the collective wine world should care about the M-word and who it represents. In short, they’re the future. They’re also thought to be radically different from any generation that’s preceded them; these are individuals who have grown up with the internet, cellphones, apps etc. They never knew the pain of dial-up, and they are confounded by fax machines and cassette tapes.

More importantly, the younger end of this demographic has just recently come of age – of legal drinking age, that is. This is extremely relevant – and wine producers, marketers and makers will ignore the whims and fancies of this group at their peril – because this generation has given new meaning to the word ‘consumption’. They consume like no other consumer has before – data, trends, social media, innovation. High expectations, short attention spans. Massive expendable income. The type of income that wine marketers love to target for their clients.

If the wine industry misses the Millennial boat now, we are setting ourselves up for a dismal future in 10 or 20 years’ time. And we need to put some serious thought into how we’re going to net them. Wine is not generally associated with younger consumers – it takes time to acquire a taste for it and younger people are more drawn to easily accessible type of drinks like beer (of which the craft beer industry is, of course, already massive) or cocktails (ask a millennial what a bartender is and they might stare at you with a blank look, but talk about mixologists and they’ll envision exotic drinks in neon colours with smoke wafting off the top).

The question then, what are we doing to entice them to enter the world of wine? Despite our best efforts (or lack thereof, in many areas) the majority of Millennials still think wine is pretentious, difficult, boring and for old people.

The tricky thing here is that they’re also not that gullible – yes, their tastes are still developing and they might jump off the gin bandwagon and onto the craft beer one, then off to the next taste sensation in a couple of months – but underestimating their tastes simply because they’re young would be a big mistake. Many of these kids started eating sushi while they were still in diapers. That means we won’t necessarily bag them with a box of Sweet Red in Bohemia, or a Cherry Berry Infusion Wine Spritzer (a)Bomb(ination) so sweet that Tim Noakes’s blood sugar spikes vicariously.

We need to be smart about this, and we need to pay attention – we can get a head start simply by keeping a close eye on how the USA handles this – and see how we can start to corral these future super-consumers to be as obsessed with wine as they are with InstaSnapTwitBook. If we don’t, by the time the Peter Pan generation hits their financial stride, they’ll be taking their thirst and their business elsewhere.