Marthélize Tredoux: Time to have a conversation about women in wine 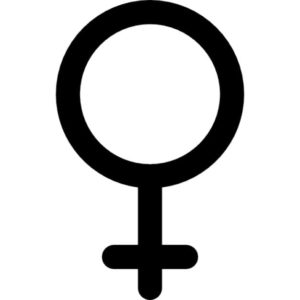 I’m not sure I am the right person to be writing about this subject matter. It is at best a sensitive topic – now more than ever in the time of Weinstein , #MeToo and the Time’s Up movement. At worst, it is a can of worms that attracts very divisive opinions. I may not possess the tip-toe-through-the-tulips tact here, but I am hoping I can at least push some necessary conversations to the fore.

This is a big topic – one that has been making headlines across the wine world recently. It’s also a broad topic – and if you flesh it out, it touches on a myriad of other related topics like glass ceilings and issues around getting girls into STEM (Science, Technology, Engineering and Math) education.

I intend this piece to be a starting point, more than a fully developed opinion on the matter. Referring back to the mention above of it being such a broad topic, to do it justice requires not only research, but also many frank conversations that ask many hard questions.

So, consider this a first attempt at digging into what’s really going on with women in the South African wine industry. It is time to take a look past what can be superficially surmised from headlines and newsletters. It is time to explore all the different role women play in the industry – from prominent positions like winemakers and high-level management through to the essential boots-on-the-ground positions in logistics, hospitality and right into the cellars and vineyards.

For the uninitiated, 2017 saw a number of opinion pieces and reports on the state of women in the international wine industry. Prominent female figures began speaking and writing about their experiences working in the world of wine.

These pieces floated around my radar for a while, but it was a piece by author and consultant Karen McNeil (see here) that really stuck. She starts off by quoting former United States Secretary of State, Madeline Albright: “There’s a special place in hell for women who don’t help other women” – a sentiment which needs to be explored in its own right at a later date.

She goes on to talk about the lack of wine industry specific statistics relating to women in management positions – she does note that many who are, are in those positions by virtue of it being a family business. Looking at UC Davis Viticulture & Enology graduates, 62% of the students enrolled are women, yet only 10% of winemakers in California are women. Of that segment, only 4% of them own their wineries while 48% of men own theirs.

In September 2017, Brian Walsh from Wine Australia publicly discussed the problem of women leaving the industry en masse. While equal numbers of men and women leave as graduates in the field, some areas see the representative number of women dwindle down to 10%. Most leave the industry entirely after less than a decade.

A cursory glance doesn’t provide me with much in the line of numbers, or in-depth pieces on similar issues in the South African wine industry. That is not to say there aren’t many initiatives working to promote women in wine, or that there aren’t people already talking about it. I will be looking into and reporting back on those in future.

I am leaving this piece open-ended by design – instead of forcing a conclusion, I am asking for input and comments. What are the biggest questions that need to be asked first? Who should I be talking to? What’s going right for women in South African wine? What is still going horribly wrong? And how best do we approach the issue?