I spend a lot of time thinking about discrepancies in the wine industry. Things I observe that seem like gaps – gaps in reasoning, or practice, or simply in attitude. Some on the part of producers, some on the side of the customers (or consumers – which word are we using this week?). Sometimes even within the way I think about things.

This week, I’m pondering the disconnect between two ends of the wine offering spectrum: the innovative, hot shot/ young gun / hipster winemakers and the more traditional, set-in-their-ways customers at the other end.

For the purpose of this rumination, I am going to ignore issues like price and focus only on things like image, popularity and availability. Not because price isn’t important but it adds a dimension of analysis that I don’t particularly feel like dealing with right now. 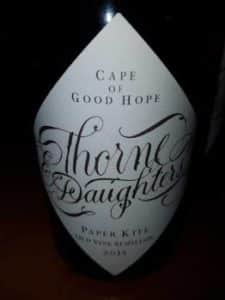 By now, it’s obvious that “young guns” refer to the likes of Thorne & Daughters, JH Meyer, Blackwater, Mullineux, Crystallum, Sadie, Craven (to name but a few of many) – not to mention the Swartland Revolution. Producers that send local and international wine geeks into rapture. Trendy. Exciting. Experimental. Ground-breaking. All the buzz words. All the right moves. Reviews and 95+ points in all the right places.

The fresh blood have brought new ideas that have been bracing to the industry in terms of offering, quality and image. Tim Atkin recently tweeted (in reply to a comment on the recent Six Nations Wine Challenge 2016 results), citing South African wines “miles more interesting than NZ”. I’ve only seen snippets of his report but I know that our young guns make out a significant part of that interest.

The gap, or disconnect, comes in when I look at the offerings brought to the table by these innovators and I compare it to the drinking habits of people who aren’t wine nerds, who don’t read winemag.co.za and who have never browsed for wines online.

Through a rigorously scientific and statistically sound method of talking to some people I know who a) happen to buy and drink a lot of wine and b) aren’t quintessential wine buffs, I noticed a trend of either indifference or inexperience with the young guns as such.

On one side we have young, niche, exciting, innovative wine producers who push boundaries, impress critics and raise the bar in terms of image, quality and overall popularity. On the other side we have a rather significant amount of wine drinkers who either don’t know they exist, or don’t care, because they simply enjoy drinking what they’ve always been drinking and aren’t planning on changing that anytime soon.

And at the risk of rendering this entire piece pointless, I’m not entirely convinced there’s anything wrong with that.

It generally proves extremely difficult to change someone’s drinking behaviour. We know the challenges of trying to convert beer drinkers to wine, for example. It is a focus point in some circles (we are trying to increase wine’s market share, after all) but it take a massive effort to achieve.

Now, while it’s conceivably much easier to get wine drinkers to drink different wines, it’s still no picnic. A huge chunk of wine drinking South Africans are unwaveringly loyal to the brands they know and love. From iconic student staples like Beyerskloof white label Pinotage and Nederburg Baronne, to more premium staples like Kanonkop, Meerlust and Vergelegen. They stick to what they know. They know what they like. And that’s absolutely fine.

Where am I going with this? I’m not quite sure. Maybe it’s just worth noting that this disconnect exists for the purpose of keeping the balance of production and sales in perspective. Our wine media has taken to urging people to drink better wine – which is something I entirely agree with and advocate. But in some circles, “better” is confused with “new”. Obviously the young guns as a whole produce fabulous quality wines. So yes, drinking their wines will automatically see you drinking better wine. It’s not mutually exclusive, though. A measure of excitement shouldn’t be mistaken for a measure of quality.

So where does that leave us? Is there a disconnect between our young, hot-shot producers and a large number of conservative, maybe less adventurous wine drinkers? Yes. Is this a problem? No. As long as the producers can learn from each other, we’ll be just fine. The new wave seems to have quite a firm grip on being innovative, trying new things with a great measure of success. The old guard knows a few tricks on keeping customers loyal, and building consistent brand recognition. Lessons to share all around then, I think.