Last week I had the opportunity to visit Stellenbosch restaurant Overture for the first time. Let’s just say that it confirmed Bertus Basson’s growing reputation as a culinary superhero. I had such a thoroughly enjoyable experience, I even considered starting a new blog to gush about it. Obviously, I didn’t – by the end of the evening I had no mental capacity for anything but reflecting on how great the food was – and also how great the wine was. 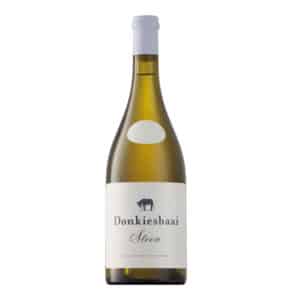 The wine. What a wine. We had a bottle of Donkiesbaai Steen 2015. I’m told that there are very few bottles left of this vintage – a few cases here or there – and practically none in retail (that I could track down, anyway).

It has been a while since a wine blown me away with the first sip. Perhaps I was taken with the setting, the food and the event (an anniversary). Maybe I was so eager to shrug off a difficult, exhausting week that I was more susceptible to react overwhelmingly positively to food and wine.

Either way, I spent the rest of the evening thinking about why something ultimately as simple as food and drink (the obvious complexities of how each came into being respectively aside) can have such a visceral effect on a person.

Everyone has their drug of choice – that one thing that excites them, fascinates them. If you’re lucky, you have more than one. Something you spend nearly all your spare time on, you learn more about it not for the sake of academic exercise but because you have to know more. You are compelled to understand it, to figure it and to master it. For some, it’s found in the skill of a sport. For others it’s in art – creating or merely immersing themselves in music, literature, painting or sculpture.

And for yet others, it’s wine. It isn’t that difficult to see why it becomes an obsessive topic – from the vineyard to the cellar, the process is often intricate and layered, with every step influencing the final product. There’s also an inherent romanticism in nearly every aspect – from the beauty of a vineyard setting to the stillness of a barrel cellar – why else is wine tourism so hot right now?

Compare that to barley fields and beer making, or coffee plantations and production and there’s no contest really. Not to say that beer and coffee aren’t also experiencing a revolution of sorts in terms of consumer interest in the whole process, especially on the craft/artisanal sides – but they hardly rival the near-universal appeal of wine: even if you don’t drink wine you will probably find some enjoyment in spending a day at a wine estate.

Every existential crisis worth its salt starts with a “Why?”. Why am I here? Why am I doing this? Why do I bother? I suspect I may be courting an existential crisis of some description in my wine life right now, looking for reasons to stick around in the industry – and even looking for reasons to keep writing. Not quite sure how that will pan out. But for the time being, I am still very much consumed with all things wine – both for work and for play.

I suppose that’s really why – at least for now – I am still here. Why I’m not only working in an industry that (as you can often see by my writing) is seemingly flawed in many ways when it comes to systems and management and the very way it moves towards goals.

And why I’m still writing about it, even though in many ways wine writing itself is a challenging task since it often feels like a lot of hard work to get a small number of people to care. I am excited by it, fascinated by it and challenged by it. And I’m not the only one. Great things await our industry – and I’m planning on helping us get there.