Marthélize Tredoux: Wine and critical thinking in a time of fake news 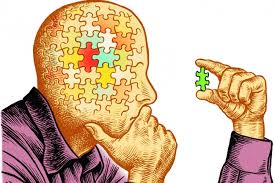 Gather round, children. It’s time for a lesson in critical thinking. Riveting, I know. But Santa Clause is watching and if you don’t pay attention, you’re all getting Two Buck Chuck for Christmas.

A little gem from 2016 has been doing the rounds again this week. A news story that instills fear in the hearts of the crunchiest hippy, and the most alternative wine-drinking mama. Depending on the source, the headline in question would’ve got you choking on whatever wine you had in you glass, something to the tune of “DANGEROUS LEVELS OF TOXIC CHEMICAL FOUND IN 100% OF CALIFORNIAN WINES”. Capitalization added for extra dramatic effect.

More specifically, the report in question relates that glyphosate (used in vineyards to destroy weeds) was found in “100% of wines tested”. It sounded horrific and duly caused a flurry of panic when it came out.

Now, I’m not going to delve too deeply into the science behind why news items like this are actually laughably stupid and also shameless fearmongering, pushing a very specific agenda.

I would, however, point out the following:

1) It wasn’t a study, it was an anti-GMO activist group (there’s your agenda) called Moms Across America who sent wines for testing.
2) They tested 10 wines. Not 100. Not 1000. Ten. Out of the thousands of wines produced in California.
3) While glyphosate was detected, the wine with the highest level detected (18.74 parts per billion) was still 10 times below the safety threshold (200 parts per billion). The lowest level tested was 3000 times below the safety threshold.
4) They shout about the dangers of glyphosate as a probable carcinogen (Group 2A) but they completely and utterly ignore the proven carcinogen (Group 1), which has been found in 100% of all wines everywhere: ethanol.

Regardless of how easy it might be to poke holes in the report, my concern is how quickly people are fooled by these scary-sounding soundbites. And why we have to be more rational about how we consider these things, because our industry is one that is extremely vulnerable to this type of unfounded frenzy.

People react severely to things that sound scary – and they avoid them. And this is especially true for the wine industry. While it’s difficult to assess the extent of any damage, it’s safe to say that Californian winemakers were not well pleased when this “report” did the rounds.

Thought experiment: what do you think would happen to the image (and sales) of South African wine if a rag-tag bunch of enterprising activists decide to repeat this exercise with a couple of our wines, and then announce to the world that they are laced with dangerous toxins? Do you imagine the impact would be beneficial? More importantly – are we prepared to with issues like these if we cannot have rational, factual conversations about these issues in the first place?

We live in the era of fake news. We’ve officially entered a timeline where it really isn’t what you say that matters as much as how loudly you can shout it and how scary you can make it sound.

Fear is the new currency, and it affects delicately balanced industries like ours in ways we are still not prepared for. Both our wine exports and wine tourism are almost instantly affected by negative international coverage. Don’t believe me? Ask anyone who dealt with tourist cancellations in 2014 when Ebola broke out in West Africa and international visitors were scrapping their trips to South Africa because “there’s Ebola in Africa”.

Or just look at our current situation with the drought. Depending on the area you’re looking at and sources you consult, tourism bookings are down anything between 10% and 25% for the year so far, and after April it’s looking to be much worse.

And that isn’t even fake news – as the situation is very real. But it is a great example of the swift and severe effect that international reports have on our little corner of the wine world. Our collective tourism agencies are working around the clock to make sure contingencies are in place and to ensure that this near-dystopian image the world seems to be forming about Cape Town is dispelled. But it’s an uphill battle, because the BBC reported that we might be the first major city to run out of water (see here).

My point is that the public at large has discarded the ability to think rationally and critically about things. We all know a PR disaster is more often than not about perception rather than fact. Unfortunately, the old adage of “any publicity is good publicity” no longer rings true. But if we can’t be rational about things to begin with, how can we expect them to be?