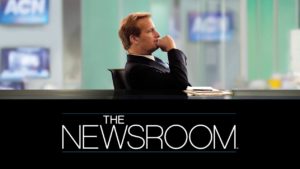 I am a bit of a series nut. I’ll watch just about anything. And oddly, despite the fact that real politics bores me to tears, I love a good political drama. The West Wing. House of Cards. And The Newsroom (which was strictly speaking probably not political but close enough).

I binge-watched The Newsroom again recently and one of the motifs from the first season jumped out at me: the theme of ‘The Greater Fool’. As explained by the show’s senior financial reporter, Sloan Sabbith: “The Greater Fool is actually an economic term. It’s a patsy. For the rest of us to profit, we need a Greater Fool…Most people spend their lives trying not to be The Greater Fool…The Greater Fool is someone with the perfect blend of self-delusion and ego, to think that he can succeed where others have failed.”

In economics (not my wheelhouse, but I consulted Wikipedia, so I’m practically an economist now), the “greater fool theory” states that price is determined not by the actual or intrinsic value of the object, but rather by irrational beliefs and expectations of market participants. To break it down: one might pay a seemingly ridiculously high price for an item, but you have a rational expectation that a “greater fool” will come along later and purchase that item from you.

It’s a concept that drives price, especially in markets where speculation and privileged access determines prices more than innate value. Take art as an example. The net worth of a piece of art is not the sum of its parts (the materials, the working hours gone into creating it – not even the value of the artist’s reputation) but rather what the buyer is willing to pay for it. Collectors will often pay more than an estimated value because the desire to own it is greater than the desire to pay a fair price for it.

This is obviously not something one sees in commodities. Nobody pays more for maize or iron ore or oil because they simply must have it. The value of a commodity also won’t increase as time goes by because it will become more sought after (not in the same context as a piece of art, at least).

My question then, dear reader who is still with me despite the confusion at this sudden saunter into pop-economics, is in which category does wine (and specifically, South African wine) fall in the context I’ve created here?

The answer is tricky. Wine itself is not a commodity in the same way that rice or maize is – it is not fungible or mutually interchangeable (meaning wine is wine but you can’t swap 750ml of Cardbordeaux for 750ml of Lafite). But it’s also not quite the same market as, say, high-end art. Well, perhaps in terms of Bordeaux Premier Crus we have actually moved towards a similar market to that of fine art (think investment wines), but those hardly represent the norm since the bulk of the wine in the world revolves less around investment trading and more around consumption.

In 2014, British wine expert Robert Joseph addressed Western Cape wine producers and told them point blank that people on the luxury end of wine buying are less interested in purchasing wine because of vintage or grape variety and are more won over by the “pleasure or status the liquid conferred”. He went on to confirm what many of us already know but what even more struggle to acknowledge: our local market is fragmented and confusing. Small-scale producers lack the budgets to build sustainable brands and large producers package R30 wines in the same way that others package R3000 wines. Our messaging is inconsistent and bewildering. Hardly the makings of a luxury commodity.

So, I look at our wine industry and I all I see is The Greater Fool. Self-delusion. Ego. Out of touch with reality. Irrational expectations. However, in the scene from The Newsroom I quoted earlier, there is crucial sentence at the end of Sloan’s speech that leaves the audience with a wisp of hope. She says (referring to the USA): “This whole country was built by Greater Fools”. It’s a key turning point for the tone of the scene. It takes the expected meaning of the folly of being a Greater Fool and flips it on its head.

The Greater Fool thinks he can succeed where others have failed. His mission is an absurdity. Lunacy. Absolutely reckless. He’s dreaming the impossible dream. His ego has clearly made him delusional. But think, just for a moment, how great his achievement would be if he succeeded.