The pricing crisis of the South African wine industry worked its way towards a climax at Cape Wine 2018 earlier this month. DGB released a video clip entitled “The Inconvenient Truth about South African Wine” (directed mainly to foreign buyers, but equally applicable to the local trade) which made it clear that at current price points, much of the industry is unsustainable. The numbers speak for themselves: in the local market, according to market research company Nielsen, well over half our bottled (not bag-in-the-box) wines sell to consumers for under R40. The category deemed “ultra-premium” (red wines above R125 and white wines over R96) represents 5% of bottled wine sales and under 2% of the total wine market. Our exports are not adding any sheen to the message: most of what leaves our shores is shipped in bulk. Meanwhile over half a million cases of Australia’s 94m case total export brings in over R6000 per dozen – twelve times more than our average export price point in our biggest international market. A remarkable 22 000 cases of Australian export wine earns R20k per case or more for their producers.

It was into this witch’s cauldron of unhappiness there appeared what some people thought was a heaven-sent antidote – news that a Cape wine has, for the first time, been awarded a perfect 100 point score, from a credible international critic (Tim Atkin MW – see here). No wonder the partying at Cape Wine took off on the extra octane: if we have wines that rank with the best in the world, so the logic went, we can price accordingly. It was a tempting prospect, plausible until the morning after.

Even assuming the 100 point score was realistic, it can’t do much to change the low centre of gravity afflicting our wine prices. It may temporarily nudge demand, which in return will make it possible for players at the very top end to ratchet up their hard currency pricing. It won’t change our dependence on bulk buyers, it won’t increase our volumes or our prices in the markets we’ve allowed to become addicted to cheap South African wine traded in ever weaker Rands. The only two countries where South Africa sells more wine than Australia are Germany and the Netherlands. Both are notoriously cheap wine markets, which is no doubt why our Antipodean competitors are happy to leave them to us.

Our wines have been getting better every year. We know they have long been under-valued. Now, with Tim Atkin’s 100 point rating for one wine (and two at 99 points) at least a few have been over-scored. There’s a certain justice in this. However, before we get carried away with the excitement, this is not like Kevin Anderson winning at Wimbledon or Louis Oosthuizen bagging the Claret Jug. This is a result arrived at in a sighted tasting environment by a single critic who has made a speciality of South Africa. It is hard to escape the image of the nice people from Europe arriving in their tall ships with their beads and trinkets to buy Manhattan Island. 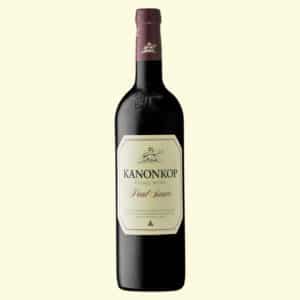 Pause for a moment to consider the cynical symmetry of the top tier scores in Tim Atkins’s 2018 South African report. At the apex, we have Kanonkop’s Paul Sauer 2015 – the first SA wine to make the 100 point “perfect” score (read our review here). Just below this windswept peak of Everest we have Eben Sadie’s 2017 ‘T Voetpad, a close second at 99, alongside Chris Alheit’s 2017 Magnetic North. Kanonkop has long been regarded as our undisputed First Growth estate. Any credible ranking of top Cape wines would have to include the Paul Sauer. By the same token, Eben Sadie has been the pioneer of handcrafted single-site wine in South Africa. He is the recipient (in 2017) of the International Winemakers’ Winemaker Award – the highest peer group recognition in the world of wine. Something from his cellar would naturally have to be in the running. Chris Alheit has lately come to share this space with him, both from a site-specific wine perspective as well as in his role as an exponent of zero intervention “natural” winemaking. It’s a little too fairy tale, a little too fake, a little too self-serving: Tim Atkin putting a stake in the ground – not for South Africa – but for Tim Atkin.

Five years ago Atkin’s highest SA wine score was probably 93 – and it was good enough to make everyone pay attention – to SA wine, to the producer in question, and to Tim Atkin as a critic. Since then a 93 score hardly raises an eyebrow: WineMag’s ratings over the same period have nudged upwards by two if not three points. We’ve all recalibrated a little. What used to be a noteworthy achievement – a score over 90 – makes little or no impression on a market which has watched score inflation/point devaluation track the Zimbabwean dollar to the depths of the Mariana Trench.

In 2014 Atkin defended himself against accusations of ‘stratospheric scoring’ in his Bordeaux ratings. “To put my ‘inflated scores’ in context,” he wrote, “I gave two 100 point scores to Bordeaux 2009s (Lafite and Cheval Blanc) and none to the Brunello 2010s.” He argued that his scores for the 2014 Bordeaux vintage were not at a ‘preposterous level.’ “I was,” he said, “writing about the best wines from the best properties in the world’s leading fine wine region… in a good to very good vintage … with pockets of excellence.” His top four 2014s made it to 98 points. “In my life,” he said, “I think I have given fewer than a dozen perfect scores.” He certainly doesn’t appear to have awarded any wine of the much vaunted 2015 Bordeaux vintage a 100 points, though Petrus edged close enough at 99.

Atkin will accuse me of cultural cringe, of not believing that we are worthy of a 100 point wine. He’s wrong about that. I can think of several mature wines that sit comfortably with the very best examples produced anywhere in the world. In this I am not alone: visitors to Cape Wine who were fortunate enough to attend the Tuesday night old wine tasting in Stellenbosch hosted by producer collective The Whole Bunch were effusive in their praise of these admittedly ancient treasures. One, at least, was ready to forward a couple of credible 100 point candidates from that evening. Atkin may say that it’s much easier to let the lapse of time do this for you, that the 100 point young wine is what the industry needs.

On that same Tuesday evening at Cape Wine the Stellenbosch Cabernet Collective presented its 2015 Cabernets in a line-up which included a couple of very good 2015s from the Medoc – Chateau Leoville-Las Cases and Chateau Pichon Lalande. The Stellenbosch wines were pretty neat (as well we might expect them to be) but when the audience was asked to decide whether the Cape wines were better than the two clarets, the majority thought otherwise. These, incidentally, were wines which Atkin had scored 94 and 96 respectively.

We so badly want to have an undisputed 100 point young wine. Presumably, this is what makes us ready to believe the well-sold fairy tale that in the past few years our wines have improved by 40% (the increment from Atkin’s base score to highest score 5 years ago, versus today). But deep down – or not so deep down – we should know this can’t possibly be the case. It’s difficult to accept that the Nirvana we have been offered may be nothing other than a second class view of heaven, paid for in discounted currency. No doubt this is what prompted so many otherwise thoughtful and intelligent producers to claim that this first 100 point score must be good for South Africa. I believe that we can either wallow in our “achievement” – like pre-school kids who all get a certificate at year-end prize giving – or we can refuse to be seduced by what is a cynical exploitation of our own frailty. We’ll get there one day, but not now, and not with counterfeit coinage.

Jancis Robinson’s latest update on Cape wines makes gratifying reading for South Africa’s wine producers and their followers. Published in late February in the Financial Times and also on her...