Michael Fridjhon: Can anything be done to save sweet wines? 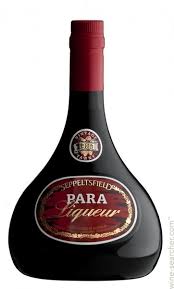 At a recent and very generous dinner party in Australia a few weeks back, an array of fine Burgundies (which would have put the hospitality of a major Russian oligarch to shame) was followed by an equally impressive line-up of sweet wines. A couple of beautifully aged Canadian eisweins preceded a Mosel eiswein beerenauslese, all as a curtain raiser to the 80 year old Seppeltsfield Para Liqueur (Port).

The stickies did not appear to tip any of the eleven guests over the edge, nor, as far as I can tell, did any of them go into hyperglycaemic shock. In fact, in the context of the magnum of aged Champagne which had opened the proceedings and the chardonnays and pinots which had provided the heart of the liquid refreshment, nothing seemed more appropriate than the envoi which wrapped up the occasion. I went to bed feeling none the worse for wear, and woke the next morning with no ill effects from what even the Emperor Nero would have agreed was a night of indulgence.

However, what is clearly a perfectly natural way of having a good time in wine-literate Australia seems substantially out-of-the-ordinary in the same circles in South Africa. Here, while we have carefully orchestrated wine dinners which start with fizz, followed by dry white and any number of different dry reds, we then end proceedings abruptly. I cannot remember when a sweet wine was last offered at a dinner (rather than at a tasting). It’s almost as if there is an unspoken taboo about serving a beverage with more than 5 grams per litre of sugar.

To be clear, the dinners I’m speaking about would not make it into Tim Noakes’s Pocket Guide to Healthy Living: there are carbs and proteins, and vastly more wine than the Surgeon-General has determined is good for your health. Every aspect of any of these menus transgresses whatever rule book the diet police have in their tunic pockets as they round up the worst of the health offenders – all except one: we abjure sugar in liquid form.

Now of course there are fashions to food and drink, and what Samuel Pepys considered a light dinner in the 17th century would send most of us to the health farm for a month. We no longer consider it essential hospitality at a Sunday lunch to offer each guest four meats, three starches, a pint of porter, a flagon of sherry, followed by wine and brandy. Our ancestors were made of sterner stuff than we are: when they indulged, they did so on a grand scale, they exercised more (without the help of a Fitbit) – and they died a lot sooner. By their standards our parties are parsimonious affairs. I’m not proposing a return to this era of Olympian trenchermen, but I am asking why we – and by this I mean well-off, food-savvy South Africans – appear to have abandoned any interest in sweet wine.

This concern is not based on anecdotal evidence: producers will tell you there’s simply no demand for noble late harvest. The sale of great muscadel has virtually dried up, and the country’s Port producers, like their counterparts in the Douro, have taken to making dry wine as a strategy to keep the bailiff from the farm. It is possible – though very unlikely – that the dinner in Australia that I have just described was an aberration, as much of a rarity in the Antipodes as the last of the Mohicans on the American plains. Only I don’t think so: no one expressed any surprise at the way the evening reached its climax, everyone was happy to sample small quantities of each of the sweet wines, no one turned down a glass of the 1938 Seppeltsfield. In fact, judging by the prices producers of these vinous treasures are still able to secure for them, they are more than adequately compensated for the risks which go into their production.

This is definitely not true for South Africa, and increasingly it does not appear to be true for proprietors in Sauternes and Barsac. Port producers in the Douro have managed to stay afloat by selling oceans of easy-to-drink Ruby and White Port to the French to satisfy the seeming insatiable Gallic appetite for sweet aperitifs. Those who once used to make a living from Malaga and Marsala have done less well.

It’s probably fair to say that modern living was always going to trim down the consumption of some of these more viscous beverages. Up to the middle of the last century our wine industry depended on the sale of fortified wine. Australia was no different. By the 1970s the heart had already been punched out of that trade – that much at least can be attributed to changing fashion, to the swing of the pendulum.

The problem is, at least for those who make these wines, that the pendulum steadfastly refuses even to edge back in the opposite direction. It can’t be because as a nation we’ve given up our taste for sweet things: the sales of Coke and so-called fruit juice contradict that. Nor can it be because of the price. Most of the world-class muscadels still produced at the ever-diminishing band of fortified wine cellars retail for less than R100 per bottle. Our noble late harvests – of which any number would wipe the smirk off the faces of those who make sweet wines in Bordeaux and Germany – don’t recover for their producers the basic costs of the fruit and the labour (let alone the risks associated with making them).

Is it too late to save these segments of the wine industry? It would certainly require more than an annual Challenge (something along the lines of the Absa Top 10), as well as a road show. These strategies would help, but on their own they won’t produce the necessary culture change. It can’t be only the fear of calories: the boom in craft gin, almost all of which is consumed with high sugar tonic water, tells us that it’s not “healthy” living that is to blame. It might just be that be that we lack sufficient capacity when it comes to self-deception: the bitterness of quinine in the tonic conceals the sugar we all know is there, so it tastes dry enough to enable us to delude ourselves. With great sweet wine, it’s all about the sugar, with no fig leaf in sight. Most of the viewers of Game of Thrones would never admit to watching pornography. It’s the complexity of the arcane story line which provides them with their excuse. The sweet wine industry needs to come up with something equally riveting to sugar-coat the truth.