Michael Fridjhon: Just how worried should Cap Classique producers be about Prosecco? 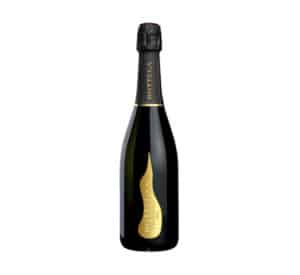 Prosecco’s successful invasion of some of Champagne’s major export markets is in full swing, causing no small amount of consternation to the marketing teams of the big houses whose brands dominate the glitzy fizz trade. The boom which even saw the French contemplate an increase in the demarcated area of the appellation is certainly over – at least for now. This is a situation which most people in the region could never have been predicted, just as whisk(e)y producers fifty years ago laughed off the possible risk of competition from vodka. (“It has no taste – why would anyone buy it?”) If you are so besotted with the “uniqueness” of what you are hawking you are at risk of never understanding what the market is actually buying.

The French assumed that consumers who bought Champagne (as opposed to any other sparkling wine) also bought the hype around its origin, its soils, its climate and its method of production. Secure in this misplaced belief they presumed that there was no real competition in the sparkling wine market: anything else would necessarily be inferior and would be selling on price, not on intrinsic appeal.

This assumption largely proved true when it came to other traditional (ie champagne) method sparkling wines. The hand-crafted nature meant that they could never really be cheap without tasting inferior. Once you’re halfway to the price of a bottle of branded champagne, consumers tend to buy “the real thing.” Cava positioned itself at not much more than the price of carbonated fizz – a premium slot in a much cheaper category, so it never threatened Champagne’s supremacy. Based on this experience, the Champenoises assumed that Prosecco – which generally isn’t even bottle-fermented – would never appear in the same space as Champagne.

It was a bad miscalculation. The mandarins of the Champagne business under-estimated the way millennials have broken with tradition, the value of Italian “sexiness’ versus French upper-class stodginess, and mostly, the sheer appeal of the new. Prosecco sounded youthful, it wasn’t dry, it wasn’t hide-bound by vinous tradition, and it caught Italy’s image as a friendly fashion capital, rather than the perceived prison of French formality. They probably also failed to realise that most people can’t taste the “champagneness” of Champagne: if it’s being consumed as an aperitif, anything fresh, fragrant and fizzy will do fine: biscuity, bready, and creamy might be positive attributes if your focus is yeast autolysis, but if you’re drinking frivolously, freshness, fragrance and finesse trumps the work of time.

The Cap Classique market in South Africa has enjoyed an extraordinary run. It has been booming alongside an ever-growing Champagne market. It has pretty much followed the same pattern, and the same trajectory: a few big brands account for 75% of the sales, and innumerable smaller brands make up the balance.

Accordingly, the Cap Classique producers would be wise to consider the impact of Prosecco on the British fizz market and start paying attention to their own turf. For a start – Cap Classique sounds French, and therefore runs the risk of Gallic tarnish rather than Italian shine. Secondly, while some MCC drinkers care for the nuances of bottle-fermented bubbly, I would suspect the vast majority respond to its fashion appeal. If that is correct, then as a category it is susceptible to assault from Prosecco. The Italian fizz sits comfortably in the right price bracket, comes with the appeal of an imported beverage, satisfies a broader organoleptic spectrum, and is internationally very much a la mode.

The success of Krone – which has sky-rocketed into one of the top slots in the local market on the strength of its high volume offerings (some of which are not dry and none of which show strong evidence of yeastiness) – should deliver an added warning. Guests who attended the annual VinPro Day symposium would have discovered – courtesy of Brandon de Kock’s excellent presentation on the evolution of the wine market  – the extent to which the growth of the middle class in the past five years will begin to transform the profile of the country’s wine drinkers. There is a new consumer, free of legacy baggage around brand or origin (more on this here). If these newcomers react – as Britain’s wine drinkers did – to the appeal of Prosecco, the growth in Cap Classique sales will slow down and the fizz market will hybridise. Champagne volumes may also suffer, but it is more likely to be Cap Classique that takes the body blows. It shares a common price point with Prosecco. For many of these new-generation consumers, the Cape is alien territory. In the midst of the turmoil and churn in the composition of the market, I wouldn’t bet on Cap Classique weathering the Prosecco storm unscathed.

It's easy to knock the Platter's South African Wine Guide, almost as easy as it would be to find a corrupt politician at an ANC legkotla. It errs on the...

Michael Fridjhon: Why a more diverse national vineyard is unlikely

At the turn of the millennium South Africa boasted a little over 1 000 hectares of shiraz, much of it virused and very little of it iconic. Ten years later,...