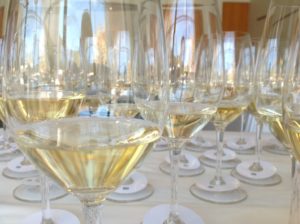 It’s a bit of an old chestnut, but every time a well-known wine performs badly at a properly managed blind tasting, there’s no shortage of otherwise intelligent people wishing to take a tilt at the process or the judges, but never at the wine.The whole point about a blind tasting is that the wine is being rated on its perceived (or perceptible) merits, not on the brand attributes, or the presumed pedigree. Its potential to express secondary or tertiary characteristics at some future date is information that is unavailable to the judges, and is excluded from their assessment. However, when a wine – whatever its provenance – does badly, whether because of perceived faults or simply the absence of discernible virtues, the knee-jerk reaction is that the panel was at fault.

Let’s reflect on this for a minute. What the punters are saying is that their sighted opinion of the wine’s quality is better than the view of a panel tasting blind. If we accept that some judges are better than others, and some judging processes less prone to error than others, then we must make our case on the basis of the best panel, working with the best practice methodology. This isn’t fail-safe but it is a working assumption for the discussion.

Now, when such a panel hammers (or merely fails to perceive the presumed merits of) a particular wine, consumers who know the label and believe in the brand attributes will still choose to condemn the panel, rather than re-think their view of the wine. They’re free to believe whatever they like, but why, then, do they bother with anyone else’s opinions?

The whole point about a blind tasting – properly managed, and with competent judges – is that it strips the brand attributes from the actual content of the bottle. A wine, from an organoleptic perspective, is what you taste blind: either it is seamless, or it isn’t; either it has ample fruit, or it is thin; either the oaking is integrated, or it isn’t. And either the panel is capable of arriving at such judgments fairly, or it can’t. But, always assuming that it has done its job properly, the panel is telling you what the wine really tastes like, once the pretensions and hype have been disregarded. If a pricey trophy wine consistently performs badly in such an environment, it is fair to ask whether the wine, from a quality perspective, lives up to its claims. It is also wiser not to take aim at the panel, which is simply the messenger.

However, there is another angle on the discussion, and it explains both the dichotomy and the heat which informs the debate: much of wine buying is not objective, and the business of marketing wine involves persuading people to substitute emotional for objective purchase criteria. When there’s a bottle of Mouton Rothschild on the table, it arrives with centuries of accumulated brand attribute to seduce you. When you buy the wine, you are buying the whole package. Why would you ever want to taste it blind?

A friend of mine – who knows a fair amount about wine and about art – recently observed that much of the pleasure comes from knowing what it is that you are drinking. His analogy was based on the world of art and in it he posited a purchase of an old painting – for very little money – at a country house sale. Years later you discover that your acquisition is in fact a Rembrandt, worth a thousand times your original purchase price. “Nothing has changed,” is his comment. “It is still the same painting hanging over your mantelpiece.” However, you feel different (and much richer). You are now the owner of a genuine Rembrandt and this fact alone enhances the way you feel about yourself. The effect is emotional, and it relates to the brand attributes of a Rembrandt, possession of which raises your self-esteem.

This, I suspect, is why a lot of us buy luxury goods as well as works of art. You wouldn’t conceal the ownership of an Old Master from yourself – why pretend that you care about the taste of a trophy wine? However, once you abandon interest in a wine’s organoleptic virtues, don’t pillory those who are concerned with this slightly less subjective “truth”.