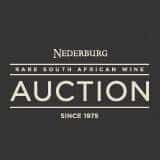 The Nederburg Auction has been changing the way it goes about its business, a decision which both reflects a change of guard at Distell, and also the recognition that for South Africa’s oldest and best established rare wine sale to remain relevant it has to move from the Dark Ages to the 21st century.

One of the issues the organisers have had to face is the actual wine selection – how it’s done, what does and doesn’t make the cut, how much of what is on offer is window-dressing for a Nederburg party, whether any kind of preference can and should be made for wines coming from Distell’s own wineries. Clearly you cannot claim to showcase the best Cape wines – of a time and place – if issues other than absolute wine quality are allowed to take precedence in determining what makes it into the catalogue.

A year or two back a new selection process was put in place, with sommelier Higgo Jacobs directing two panels each comprising four judges tasked with making their way through roughly 100 wines per day over two days. This year I accepted an invitation to judge, to see for myself how well – and how independently – the set-up worked. It was clear to me that no effort or expense has been spared in sourcing experienced and credible wine judges. Half of the group had been brought in from overseas expressly to perform the task, and all of these internationals were Masters of Wine (MWs) or sommeliers with reputations burnished in international competition. Two of the four locals were MWs and the remaining two had extensive international judging experience.

Tasting wines for the Nederburg Auction selection panel was a vastly more interesting experience than I could have imagined. When a number of palates get together to decide what should be “in” or “out,” there’s always a sense that the sheer anonymity of the process makes the exercise least meaningful to the judges. You never know what the wines are, and therefore how the scores stack up against your own expectations of the wines. It’s a little like completing a multiple choice exam with all the options close enough to each other to make guessing out of the question, and then never getting to see the crib sheet

Given these limitations, it’s human nature to try and salvage some benefit from the investment of a couple of days (and some considerable mileage/wear-and-tear to one’s palate) and it was in approaching the exercise from this perspective that the true value – to me rather than to the auction – emerged.

Speaking at least for the dynamic which characterised the way our panel functioned, scores were remarkably close, so that decisions were consensual and managed without the need to seek casting votes from members of the other judging group. We did occasionally send a glass through for an opinion, but that was as much to make sure that both panels were calibrating to the same score and cut-off point. Assuming that the Auction’s organisers are equally meticulous when it comes to enforcing the thresholds we indicated reflected our comfort zones, nothing that we voted to include will embarrass any of the members of my panel.

I can’t conceive of another tasting gig which provides the same overview of Cape wine over an extended period of time. Most show wines are current releases: even those which encourage museum class entries don’t attract more than 50 or 60 out of a total submission across all classes of say 1000 wines. You would have to be on every panel just to get to see a few dozen of these older wines – many of which just make the threshold of 4 years and older for whites and 8 years and older for reds.

For the Nederburg tasting each panel worked its way through 200 wines, the majority of which would have qualified as museum class submissions at competitions like the Old Mutual Trophy Wine Show. Clearly there’s a greater density of older wines, and also a greater range. The youngest reds I tasted were the 2012s, the oldest the 1957s. If you’re interested in a slightly archaeological view of Cape wine, you can’t beat a call-up to the Nederburg auction selection panel.

The class sizes were also usefully small: if you need to assess and compare a line-up, 40 – 50 wines per category is better than merely manageable – especially if the judging system works on a discussion and consensus-based model. You still have all the wines in front of you by the time the panel gets to agree the final scores, so you can argue for nuance, for evolution, for points of difference. By the time you’ve completed a class, you can safely say that you have a real sense of what has happened – with Pinotage for example – over a thirty or forty year period.

What you don’t know of course is what potential icon wines weren’t entered – in other words, how representative the line-up was for that particular category. You have to believe that even if 20% of the country’s respectable producers haven’t entered, the remaining 80% offers a fair approximation. On this basis, I’m comfortable that I had a hawk’s eye overview of Pinotage, Shiraz, red blends other than Bordeaux, Sauvignon Blanc and Noble Late Harvest – not a bad return for the investment of two days of my time.

Do I think that in the end this will matter much to those who are asked to pay for my pleasures? Does the fact that I have had two days in which to be part of a “dig” into the history of Cape wine mean anything to those whose pockets will have to be deep if the costs of mounting the annual auction are be met from the revenues? I would like to think that the answer – and this may still take some time – will be yes. We have to accept that if our young “icon” wines are entitled to R500 – R1000 per bottle, then the same kind of price is not out of place for the best of our aged examples. They have the quality, they have the years, they’ve proved they can survive, and they have the rarity.

For this to happen however we need to show more respect for mature wines. We need to distinguish between the sex-appeal of young cult wines, and the value of a much deeper relationship with older, well-matured examples, between the excitement of a one night stand, and the richness and complexity which comes from a long-term relationship.