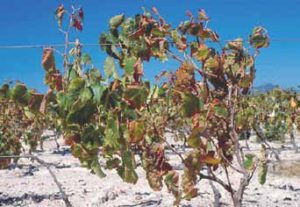 Climate change is not an uncontroversial subject, with a spectrum of opinions which range from whether or not we are still living in a period of global warming, to the possible causes, and to whether or not it is within our power to do anything about it. The extreme denialists (of which I am not one) argue that global warming peaked in 1998 and that the 2015 sudden reversal of the cooling trend was the result of the El Nino of that year. Others accept that despite the cooler landmass pattern (2015 excepted) since 1998 the additional heat is discernible in the rising temperature of the oceans (rather than on the surface of the planet). This, they maintain, is driving the more extreme weather patterns and is as important as the rising land/surface temperature patterns recorded in the second half of the 20th century.

Where there does appear to be the most controversy is the question of causality: does the increase in the measurable carbon dioxide gas in the atmosphere drive the climate change, is it avoidable, and, for that matter, would lowering it really be desirable? Simply because they are inconvenient to this generation of human beings, it does not follow that rising CO2 levels (if indeed they are the cause of climate change) are a bad thing. Patrick Moore, a founder of Greenpeace with suitably impressive scientific credentials, argues that CO2 is essential for life on the planet, that the levels in the era just prior to the industrial revolution were dangerously low and that the planet, to sustain the vast increase in the number of its inhabitants, actually needs the extra CO2 to optimise the yields from our plant life. He cites – in support of this argument – the historic correlation between periods of major vegetative growth and high atmospheric CO2.

Given the uncertainties around this so-called “settled science” it may seem fruitless to engage in any conversation about the possible effects of climate change on the wine industry. Unless its cause is anthropogenic, and we are indeed in a position to reverse the trends of the past 50 years or so, climate is as much a given fact of life to modern man as it was to our prehistoric ancestors. We can accede to a carbon tax if we wish to give even more of our wealth to our profligate governments, but in the event that fossil fuels are not the sole or even primary cause of the effects we have witnessed, history will regard us with the same gently satirical gaze we reserve for (the apocryphal) King Canute.

But since farmers must farm, and wine drinkers drink, and the climate she is a-changing, it may at least be useful to know how best to manage the incoming tide. For a start, does this mean that the existing high quality regions are headed for a downward spiral that will see Bordeaux and Burgundy planted to Mediterranean varieties, Champagne to Cabernet, and Finland to Pinot Noir. So far the evidence doesn’t suggest this is likely, though it is true that the viticultural prospects for agricultural land previously deemed too far north to be suitable for wine production have improved, even if the traditional areas have not yet had to abandon their traditional cultivars. On the contrary for most of the period where climate change expressed itself as rising land-mass temperatures, the great northern hemisphere wine producing regions banked some of the best vintages ever.

This has been a difficulty for the global warming alarmists: while they can show the migration of some (mobile) species in line with temperature change, where the species is the ever-adaptable – but immutably rooted – grape vine, it’s stuck where it is. However to the surprise of all but the climate change cynics, the pattern thus far has largely been one of ever better crop quality. It is never really possible to compare the greats of history with the contemporary place-holders: was Rocky Marciano a better boxer than Muhammad Ali? How would Don Bradman have fared in the cricket world of today? How can we tell if the 2000, 2005, 2010 and 2015 First Growths will outperform the 1945s, 1947s and 1949s at their peak – and even if this were to be possible, how much of this would be attributable to climate, how much to science and cellar technology, how much to the armoury of sprays at the disposal of the grape farmer? It’s not even certain that harvest dates are moving inexorably earlier – though in the Yarra Valley this is certainly the case, but it has brought ever better fruit into the cellars. Elsewhere in Australia, the pattern is not as obvious, and although the 2003 Bordeaux vintage began in August, so did the 1893. In South Africa we know that virus-free modern clonal material plays a greater role in the current timing of Coastal Region vintages than the weather (and in fact, by way of an isolated counter-argument, a few years back, Delheim brought in the botrytised grapes which went into its prize winning Riesling Noble Late Harvest in mid-June!) What does appear to be of concern, is that the more extreme weather patterns have their own way of wreaking havoc. Catastrophic hail storms in Burgundy and Piedmont, flooding or drought conditions elsewhere – it is clear that not all aspects of climate change produce healthier, riper grapes.

What to do about events is less certain than the fact of their having occurred. These were not the first such experiences for the vignerons in these regions, but since most other weather-related disasters which regularly afflicted their ancestors are now better managed (rain, rot, and frost, for example) these are the ones which most occupy their attention. And if these destructive forces return with what seems like a patterned regularity, producers will turn to science for assistance (for example, seeding the clouds to minimise the hail risk.) They are more likely to use technology to protect their fruit, than they are to migrate their vineyards. You might be able to grow Pinot Noir in Luxembourg or even Sweden, but it’s unlikely that you’ll get something akin to La Tache from your vineyards. Two hundred years from now, this might well look like the obvious solution, and history may gaze upon those who elected not to move as latter-day Canutes – but right now, in their position, that’s what I would be doing.