Michael Fridjhon: Staff training is essential if the hospitality industry is to flourish

Guests at corporate events at most of South Africa’s best-known establishments have no idea what their hosts pay for the same old drab buffets which are turned out by equally bored banqueting staff. What is euphemistically called “finger food” costs between R400 and R500 per person and comprises the inevitable pies and pastries, platters of processed cheeses, bains-maries containing casserole-type “comfort food” and a carvery where often-overdone meat finally leaves the crematorium to join the heavenly choirs.

Everyone is to blame for this state of affairs: the corporates who fund the charade, the hotels which are addicted to these easy pickings, the consumers who are too polite to say how appalling the experience has been. Most of the guests who hover over the unimaginatively laid out (and frequently recycled) spread don’t realise that a sit-down meal in the establishment’s top restaurant would cost less and that the team serving the food would be better remunerated. In fine dining establishments the waitering staff are probably full-time employees, enjoying the security and benefits which come from having a permanent position, whereas those who work in “banqueting” are contracted to staffing companies who call upon them as and when they’re needed.

There’s controversy enough around contract work: it’s fair to say that until labour laws are given a major overhaul, and the reality of the marginal nature of many businesses is taken into account, the issue is not going to achieve a vaguely consensual resolution. But when it comes to the hospitality issue, there are practical consequences to the contract labour system which are as bad for the country and for employers – in the long term – as they are for the workers.

South Africa depends on tourism – far more than Malusi Gigaba ever seems to have realised when he applied his insane visa and travel regulations a few years back. It’s a source of hard currency, and it generates and sustains a vast employment machine. In South Africa it provides an estimated 1.5m jobs – 9.5% of the country’s formal employment sector. So as a nation we should be heavily invested in making the sector competitive. And as long as there’s no commitment to training – because there’s no need to as long as staff can be drawn from a contract pool – we’re not going to up our game. 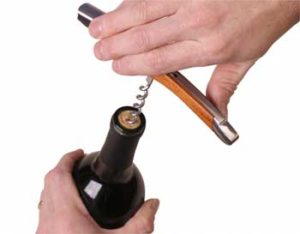 The wine industry is one of the two major drivers of tourism. Wine drinkers and wine producers should care a great deal about how visitors experience the country. I host wine events all over South Africa: at almost every hotel (mainly five star but with a sprinkling of four star establishments) the pouring staff don’t know how to open a bottle of wine. They’ve never been taught, because most of the work they’re lucky enough to land involves carrying plates from the table to the kitchen. In the provinces many don’t get more than a couple of gigs a month. By working for contract employers, they’re not really doing much to specialise, so they’re not really developing the equivalent of a CV: they are in the same disempowered position several years down the line as they were when they donned a waitering uniform for the first time.

Like many in the employment sector, the hospitality industry pays a training levy. The bigger entities presumably employ consultants to help them get back some of the value lurking in these programmes. The smaller ones regard the imposition as exactly that – one of the many concealed taxes built into South Africa’s well-intentioned (but badly administered) attempt to play catch-up. I’m not sure whether there is any research which provides a cost-benefit analysis of what this means to the hospitality sector. Ideally it should reveal the extent to which the hundreds of millions of rands taken annually from employers translates into an equivalent income benefit for the employees. Better trained employees should, in theory, be able to earn more money. In an ideal world their income should increase by at least the amount invested in “upskilling” them.

South Africans who pay taxes and levies have low expectations of the benefits arising from their investments. They don’t expect healthcare, security or a pension from the government’s cut. It’s unlikely that those who pay training levies are holding their breath for a bankable advantage. When it comes to the hospitality industry, it may actually be that the major employers prefer the present model. This is why I suspect they’re not fighting to see it changed, despite the very serious consequences of their inaction for contract workers.

Urban five-star hotels can have no excuse for using casual staff: their venues are booked out for much of the year. Since they charge more for banqueting food than they do in their restaurants, there’s certainly no need for them to be permitted to cut overheads using the cost efficiencies of contract labour. On the contrary, it should be built into the grading requirements that they employ only permanent staff.

If South Africa means to build up its tourism sector, it’s not going to achieve this by cutting costs. In the hospitality industry, the grand hotels are the top of the food chain. They should be building capacity which over time will permeate through to the smaller establishments. Perhaps they should be authorised to run training programmes funded from the skills levy and which could provide graduates with a nationally-recognised certification. What they shouldn’t be doing is contributing to the problem by staffing their banqueting spaces with contract employees, condemned to eking out an existence beyond the outer reaches of the formal sector, perpetual inhabitants of the twilight zone where job security is visible, but unattainable.