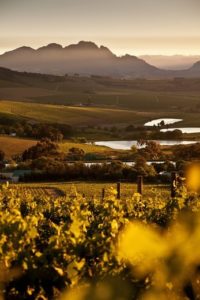 There’s no one who seriously disputes that the Cape wine industry has made enormous progress in the past decade. From playing serious catch-up after 1994, and achieving something of a middle-of-the-road equilibrium by 2010, it has powered ahead, garnering critical acclaim, stronger-than-ever exports, and a real visibility amongst modern wine aficionados all over the world. It’s not about to unseat Bordeaux or Burgundy among traditionalists – but for a new generation of wine drinkers for whom the old classics may be benchmarks rather than compulsory purchase, South African wine is definitely on a shopping list.

It is, however, not an industry free of commercial and strategic problems. We all know that most of the growers are under-recovering on their real costs. At the same time too much Cape wine is sold in bulk and at price points which continue to compromise the image of the better producers. Finally, as an industry, it is under-transformed and therefore dangerously exposed, its relationship with government too tenuous to optimise anything like its full potential.

In the midst of this there lurks the question of its future: its sustainability in the financial sense, its exposure to climate change and diminished water availability (and, of course, to competition between users of this increasingly scarce resource), the seeming absence of a guiding hand on the tiller. There are even concerns about the next generation of leadership – across the commercial entities, the producer organisations, the critics and the entrepreneurs who play a role in generating the excitement upon whose tide it moves forward so much more easily.

Some of these concerns are more easily disposed of than others. After a leadership vacuum which followed the transformation of the KWV from industry manager to simply another commercial player on the landscape, there are now new structures which are playing a valuable role at the production side of the equation. VinPro has emerged from the shadows, and under Rico Basson and his team is increasingly assuming the kind of behind-the-scenes leadership which has largely been absent since the late 1990s. The quality of their research, the data available to growers and producers, and the interface that VinPro facilitates with other key players is a measure of the capacity that is being created.

The big commercial players have been getting on with doing what they do best. Under Richard Rushton who took over as CEO of Distell at the end of 2013, the company has seen solid growth in both revenue and profitability. While figures for the other major players (all of whom are not listed companies) are not the in public domain, there’s no indication that they have been anything except equally successful. The recent loss of Tim Rands, founder and driving force behind Vinimark, was not unexpected, and the company he created now has a momentum of its own. His legacy will, in part, be reflected in how it manages this transition. The same is equally true of all the mid-size players in the wholesale and distribution side of the industry: they have already attained the critical mass which gives them a viability which will outlive their current incumbents.

At the production side much of what has raised the industry’s profile internationally has come from a new generation of winemakers – whether they are the rockstars/young guns/lunatic fringe beloved of critics and commentators, or the lower profile players who have made such an extraordinary difference to the average quality of Cape wine. This is a succession success in its own right: as the Old Guard passes out of the cellars there is a depth of talent waiting in the wings – and while this is not grounds for complacency (the game internationally is very competitive), it is a sign that there is no immediate cause for concern.

Critics, writers, pundits? It’s a different industry today from the one which needed the likes of John Platter to build an interpretive bridge through editorial, guides and hard copy literature. We don’t have a vibrant wine press, but that has been a process of long-term erosion which pre-dated the demise of Wine Magazine, and has gathered pace with the hurtle into the chasm of print media generally. There’s no shortage of commentary, online, at wine events (which hardly existed in the days when print flourished) and in social media. Sometimes succession is not about continuity but transformation.

The WineMag editor briefed me to write about what he believed was a gaping void in the next wave of leadership. I’m not on the same page. While there is a tendency to imbue the major figures of the past with a gigantic stature (and therefore to diminish the form and perceived influence of those who succeed them), the reality is often different. As far as I can tell, the South African wine industry is – at least from a succession perspective – in robust good health and it’s a privilege to be part of it.