Michael Fridjhon: Time to overhaul the business of SA wine 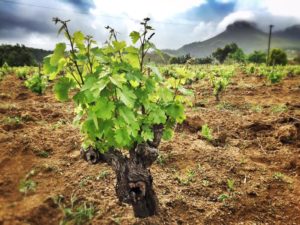 How much longer will these old vines stay in the ground?

We have a most curious wine industry: at present it enjoys greater visibility in more international markets than most other wine-producing nations, garnering more column centimetres from credible wine writers than any country exporting comparable volumes of premium wines, and yet it battles to survive. It is simple (and perhaps simplistic) to lay this all at the door of an incompetent and largely unsympathetic ANC-led government, in that it does nothing to support producers and to create an environment in which fine wine can succeed, but this is only a fraction of the truth. There’s a deeper malaise, one in which growers cannot afford to invest in vineyards, so mostly they don’t, consumers disrespect the achievements of the big brand-owners, while a number of boutique producers do not apply rational criteria to their marketing investments. In short, an industry which seems to be doing everything right from a product quality perspective, could hardly be managing its business any less astutely.

It’s easy to understand why growers aren’t investing in new plantings. It costs around R250k to renew a hectare of vineyard. In the premium areas yields are unlikely to exceed eight tonnes per hectare. Annual vineyard management costs run to R60k per hectare. Fruit prices from such sites are usually less than R10k per tonne, and then only once the vineyards are properly established. However you run these figures, there’s little or no incentive to risk over quarter of a million Rand where the best you can hope for after five years of waiting for a reasonable crop is little better than a break-even result. Those who have older vineyards are little better off. Unless there is something completely extraordinary about the fruit (such as Pikenierskloof grenache), grape prices are not significantly better than for the harvest from younger vines. With plentiful supplies of old vine Chenin about, many parcels don’t realise more than R5 000 per tonne despite the inevitably lower yields. In a best case scenario growers are likely to lose R20k – R40k in pure cash flow annually. No wonder so many of them are willing to grub up their vines and plant cash crops instead.

There’s not much money to be made from selling wine either. Over 50% of the stock on shelves in South African wine stores retails for under R50 per bottle. Most of it sells for less than R40. Since packaging and dry goods account for R15, and transport and warehousing between R5 and R10, there’s not much money left for the growers and the winemakers once the retailers have taken their 25%+ cut. Inevitably this favours the bigger operators, or the producers who have nailed their colours to the mast of a major national distributor (which also comes with a margin cost). However, this means that much of what is on the retailers’ shelves has little appeal to wine buffs whose primary assumption about potential quality begins with “small is beautiful” – even before questions around fruit sources, production strategies and legitimate interventions are exhaustively interrogated.

As a result, the bigger players see little point in trying to talk to “influencers” and this does nothing to enhance the reach of the industry. If all the editorial is around tiny quantities produced by craft winemakers from off-the-beaten-track single sites, those producers with the kind of marketing budgets which could make a difference simply invest them with retailers in order to achieve the volume sales upon which their business depends. If the proposed ban on liquor advertising becomes law, the primary beneficiary of the wine industry’s adspend budgets will be the retailers who will auction off their gondola ends to the highest bidder. That’s not good in the long run for anyone – not the industry, whose diversity will be undermined, nor for consumers, whose choice will be reduced.

Finally there’s the small matter of export focus when the local market is what produces the income on which the producers actually survive. While on paper roughly half of what is produced in the Cape is sold abroad, a significant percentage of this leaves the country as bulk. Of the bottled wine component, almost all of it trades at a dramatic discount to the prices realised in the local market. Since the KWV ceased to be the buyer of last resort (about 20 years ago) producers have had to find another way of getting rid of their surplus production, and this is where exports have played a meaningful role. However, given how little margin off-shore sales produce, the amount spent on generating them is insanely disproportionate. If you consider the investment by producers traveling abroad, as well as the money spent – in hard currency – simply to visit customers, talk to journalists and host lunches, you’ll understand why they have under-invested in the local market for so many years. What they’re missing however is that domestic sales are the only real source of margin. Gauteng is the biggest market in the world for their wine (as well as the most profitable). Any one of our regional capitals contributes more to their bottom line than New York or Boston. Yet you’re more likely to find the Cape wine industry in London, Toronto or New York than in Johannesburg, Pretoria or Port Elizabeth.

In short, there is a frightening disconnect between what producers are doing, and the strategies they should be adopting if they hope to survive. There’s an equally wide chasm between consumer behaviour around a product to which there is an emotional attachment and what needs to be done to secure the survival of Cape wine. I would hazard that most committed wine drinkers have made a greater effort to reduce their carbon footprint (despite the uncertain science around the connection between greenhouse gases and climate change) than anything they’re contemplating to ensure the sustainability of the country’s wine industry in a form we recognise and care for – yet the threat of its extinction is more real. If the wine industry implodes in the next few years, as the economy grinds to a halt and the Government’s obsession with prohibition makes it impossible to sell liquor, we will all carry a share of responsibility for its fate.