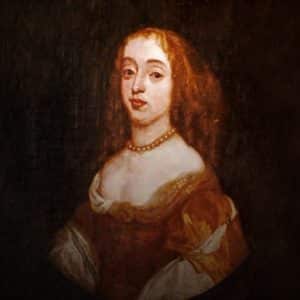 At a time when women kept their maiden names, four-times-widowed Catharina Ustings went by the surname of her second husband (her first at the Cape) Hans Ras.

When my last column on early women of the Cape wine industry was published, Steenberg Wine Club Ambassador Johann Theron was quick to point out via social media that I’d left out Catharina Ustings from Lübeck, Germany, ‘first female land owner in 1682’. I responded that I’d decided to save her for another time. ‘That’s a whole article on its own,’ he agreed.

In truth, a few things were bothering me about Catharina Ustings, as not all of Steenberg’s claims tallied with what I’d found in the records. But this was not a bad thing, as it has turned out. In trying to establish the facts, I’ve made a few exciting discoveries…

Let’s start by taking a look at Steenberg’s (paraphrased) claims about her:

1: ‘One of the most daring and controversial figures ever to settle in the Cape…this indomitable lady boarded a sailing ship, dressed as a man, and made the perilous journey to the furthest tip of Africa.’

Daring? Yes, Catharina Ustings arrived at the Cape (’no land of milk and honey’) as a 21-year-old widow in 1662. Dressed as a man? No, I can find no record of this. In her meticulously researched piece on ‘Tryn Ras’, however, historian Margaret Cairns refers to Anna Rodolphus of Grietziel arriving ‘dressed as a soldier in male attire’ (which I verified for my last column) and it seems this wardrobe choice (or necessity) has been appropriated over the years for our First Lady of Steenberg.

2: ‘Catharina immediately found herself a husband, Hans Ras. He was not a particularly eligible catch…with a penchant for female slaves…but he had a house on the Liesbeek River…’

That’s all true, although poor old Hans Ras van Angeln was surely no less eligible than any of the other vrijburghers (and Catharina had her pick of the bunch – in 1662 there were 93 vrijburghers and foremen/knechts, of whom precisely 15 had wives). Not only did Ras have a farm in what is now Rondebosch, tucked between Belmont, Campground, College and Main Roads, but he also came from the same region as Catharina, now Schleswig-Holstein in northern Germany.

3: ‘Once the wedding knot was tied, Catharina’s life took on dramatic overtones… Two wagons left the ceremony… The drivers decided to race one another back to Rondebosch… A collision soon occurred… The bridegroom jumped down from his seat and soon became entangled in a fight, receiving a knife thrust, which almost proved fatal – the weapon breaking in two between his ribs.’

Yes, that’s all on official record (along with some hair-pulling by the wives).

4: ‘He survived this incident and lived to father several children, but came to an unfortunate end when he was killed by a lion some years later. Legend has it that Catharina grabbed a gun, leapt upon her horse and gave chase, hunting down and shooting the offending lion the very same day.’

Hmm. He and Catharina had four children but was he really killed by a lion? Officially all we know is that he was unable to sign an acknowledgement of debt on 5 February 1671 due to an ‘unexpected accident’ but had recovered sufficiently by the following month to sign a transfer deed. Given that lion attacks on livestock were meticulously recorded in the Company’s Journal (I count 16 attacks in 1671 and 1672, all followed by swift and brutal retaliation), it’s strange that there is no mention of a human being mauled, let alone a feisty widow taking her revenge. Nonetheless, Ras was indisputably dead by 17 April 1672, which is when Catharina married Francois Champelaer van Ghent.

5: ‘Fate had a good deal more in store for the girl from Lübeck however, for a Tribesman murdered her next husband and his successor was trampled by an elephant… Catharina then took unto herself a fifth husband, a hardy German named Matthys Michelse.’

Remarkably, this summary of her life dates all the way back to 30 May 1685, the day colonial administrator Hendrik Adriaan van Rheede tot Drakenstein visited her ‘farm dwelling lying beneath the Steenberg’ and heard her dramatic lion, ‘Hottentot’ and elephant tales (although, for the record, Champelaer wasn’t ‘murdered’ but merely presumed killed by Khoi herdsmen when he and seven other vrijburghers failed to return from an unauthorised hunting expedition in June 1673).

On that day in 1685, Van Rheede wrote: ‘Here she was with a house full of children and married to her foreman [Michelse/Michielsz]. Her nearest neighbour lived four hours away. Three times she had been comfortably off and well established and three times impoverished. Her farm consisted of 12 morgen of good grainland with sufficient stock for her needs.’

According to Steenberg’s website, Catharina asked for this portion of ground in 1682, and in 1688 she received the official mandate – in her own name: ‘Catharina Ras, weduwee Hans Ras’ – to ‘cultivate, to plough and to sow and also to possess the farm below the stone mountain’. However, the 1692 Opgaafrol (census return) states unequivocally that she and Michielsz had lived on and cultivated this land for (wait for it) 15 years!

Can ‘the Cape’s first farm’ therefore claim an even earlier founding date, I wonder? 1678 or even 1677, with 1682 signifying (as dates on gables usually did) the year a proper homestead was built? Is it not possible, indeed more likely, that Catharina requested the land before her marriage to her foreman (who also came from Schleswig-Holstein, by the way) on 25 January 1680? Wouldn’t this explain why it was eventually, retrospectively, registered in her name rather than his, at a time when married women had no legal identity apart from their husbands?

Steenberg (or Zwaaneweide, as they called it) would immediately have come into community of property anyway (as had the original Ras farm in Rondebosch).

Whatever the case may be, Steenberg’s origins were exceedingly humble. Michielsz was described in early 1677 as ‘one of the poorest and neediest farmers’ while from March 1678 until August 1679, the Company was supporting Catharina and her five fatherless children with a monthly rice ration. According to Cairns, they initially lived as squatters on this land near the Steenberg buitepos (outpost), which was then about as far from the European settlement as it was possible to get.

Slowly but surely, they did accumulate wealth. In December 1683, Michielsz applied to buy an abandoned Company sheep station near the Steenberg, which was granted for an annual payment of 10 oxen over the next four years. (It’s interesting to note that the famous grant of land to Simon van der Stel in 1685 describes Constantia as being ‘southward against the land of the free burgher Matthys Michielz’.) In 1689 he sold the abandoned Ras farm in Rondebosch to Jan Dirksz de Beer, one of the successful Liesbeeck wine farmers, and in 1691 he bought Vreedenhof near Wynberg.

Nonetheless, the 1692 Opgaafrol shows that he and Catharina were still living at Steenberg, where they were producing wheat, rye and barley as well as wine from 8,000 vines. They also had 600 sheep, 140 assorted livestock and eight slaves.

Yet for some reason they then decided to sell up and move to Stellenbosch.

In December 1694, Michielsz was granted ‘Weltevreeden aan Joostenberg’ – the farm we know today as Joostenberg in Muldersvlei. (The assumption that it was the other Matthys Michiels van Stockholm who owned Joostenberg is not correct. The Swede died sometime before January 1700, when his only land – an erf near the Castle – was divided between his three married daughters.)

Weltevreeden/Joostenberg is where Catharina died (and was more than likely buried) in 1708, when her illiterate widower made his mark on her estate inventory (‘dit is die merk van Mattys Michelsz’) and when the ‘hoofstede aan Joostenberg’ was transferred to her son, Nicolaas Ras. This means Catharina may have lived at Joostenberg for almost as long as she lived at Steenberg – in fact, for exactly the same length of time if Steenberg insists on its founding date of 1682.

After her death, Joostenberg remained in the hands of Claas Ras and then his widow until 1723 (and has been owned by the Myburgh family since 1879).

Catharina’s estate inventory mentions another farm, described as ‘een hofstede over de berg rivier’ and named in its sale two months later (to second-generation French Huguenot Jacob Pinard) as ‘Geeleblomsvallei’. Cairns managed to establish that a property with this name, situated ‘binnen de paalen van Drakenstein’ and ‘zuid zuidoost na Drankensberg’, was sold to (you guessed it) Matthys Michielsz in 1701.

No doubt this was ‘de plaats van Tryn Ras over de Berg river’ referred to in an official document during the Willem Adriaan van der Stel troubles of 1706 (the use of Catharina’s name implying that even in her mid-60s she was a force to be reckoned with) but Cairns could find ‘no trace’ of where the farm may have been: ‘The locality could have been anywhere from Franschhoek to Twenty-four Rivers downstream…’

In fact it was the Paarl Valley farm we know as Avondale. According to current proprietor Johnathan Grieve, it was known as Hartebeeskraal when his parents purchased it in 1997, but its original name was Geeleblomsvallei – and apparently it was one of the first farms in the valley to be allocated specifically for the production of wine grapes (to Hendrik Rodenberg in 1693).

Hopefully Joostenberg and Avondale are excited to discover that they can claim the famous Catharina Ustings as their own, alongside Steenberg. And if Steenberg is (though I hope not) a little taken aback, then what I’ve discovered next should more than compensate…