Why do some wineries attract all the hype and others go largely overlooked despite turning out of cracking wine? Here’s a list of 10 producers bubbling under, either established properties enjoying a resurgence after being off form or new operations set for the big time.

Arendsig
Lourens van der Westhuizen is working hard to demonstrate that Robertson is capable of more than cheap ‘n cheerful. Look out for his Inspirational Batch wines in particular.

B Vintners
Bruwer Raats of Raats Family wines and cousin Gavin Bruwer Slabbert are intent on showing that Stellenbosch is capable of new wave wines just as exciting as those from the Swartland or anywhere else.

Eikendal
Eikendal drifted after the retirement of Josef Krammer in the early 2000s but is now back on track under the dedicated and thoughtful Nico Grobler, a wonderfully light and airy Chardonnay probably being his major achievement to date.

Joostenberg
Joostenberg has long been a source of rock-solid wines but winemaker Tyrell Myburgh has started to stretch his wings with the Small Batch Collection label.

L’Avenir
A series of ownership changes meant that L’Avenir suffered from a lack of vision but all seems to be back on track – expect to hear much more about both the Single Block Chenin Blanc and Pinotage.

Leeuwenkuil
While Willie Dreyer has long been a grape grower in the Swartland and Voor Paardeberg, the Leeuwenkuil own label is a fairly recent development. Wines under the premium Heritage label are already racking in the awards but also look out for the standard range which offers outstanding quality relative to price. 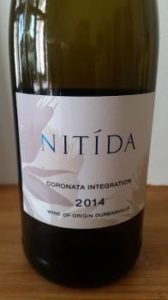 Nitida
Nitida markets itself with little fanfare but the wines offer unusually good drinkability. Coronata Integration is one of the best Bordeaux-style whites around while its red counterpart called Calligraphy is nicely understated.

Overgaauw
There needed to be some settling down when David van Velden took over from his father Braam but this is again a property to bank on – the Bordeaux-style Tria Corda 2012 is particularly smart as is the Touriga Nacional 2014.

Spioenkop
Based in Elgin, Koen Roose goes about his business in uncompromising fashion. All his wines show a particular elegance but it is his various takes on Pinotage that have most caught the eye to date.

Trizanne Signature Wines
Trizanne Barnard, when not consulting to the supermarkets of Europe, makes some wonderfully understated, self-assured wines. Is there a better red at R100 a bottle than her Syrah-Grenache?

Infused by Earth is the name given to the two top-end wines from Stellenbosch cellar Eikendal, the newly released 2017s only the second time that wines have appeared - the...

Koen Roose, originally from Belguim, farms a hilltop in the middle of Elgin, he planted two vines in the early 2000s. A qualified engineer and former sommelier, his wines reflect...