Tim James: An alternative take on the Solms-Delta saga 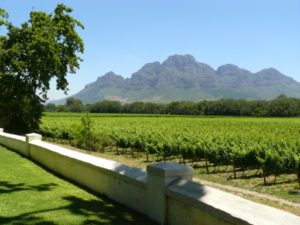 Solms-Delta has been in financial trouble for some time now, to the dismay of many wine lovers seeking something unreservedly positive on the social side of South African wine – and, I fear, to the secret satisfaction of some wine-business-owners, who haven’t liked what was happening there, or the international approbation it was getting. The latter stages of this trouble were marked by entering into a 50:50 partnership with the state a few years back (which appeared a wholly positive move but now seems to have been anything but), and then being placed by the Court in business rescue. That didn’t seem to be working and, culminatingly, liquidation proceedings were scheduled to take place today, 24 August.

Some readers might last week have read the Daily Maverick article by Marianne Merten entitled The Solms-Delta way, or, How Not to do Land Reform. It sourly, at length and confusingly, gives a picture of what it calls ‘elite capture and officialdom’s predilection for simply ticking the boxes’, including making some damaging accusations and insinuations, especially involving the project’s prime mover, Mark Solms. Nowhere, incidentally, is there a hint given of the reality for the farmworkers of the great transformation in their lives, or of the idealism and generosity behind this socio-economic-cultural project, the forces that motivated Solms and Richard Astor (his partner in the project), to pour a great fortune into bringing reality to their vision: it seems that together they’ve spent – lost – some R260 million. “Elite capture”, whatever that might be, sounds so much more satisfactorily nasty. 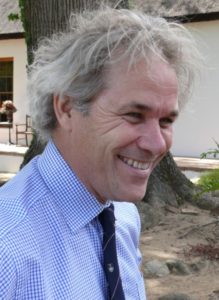 When I spoke on the phone to Mark Solms about Merten’s article he sounded despairing about it, and insisted that there was much that was simply factually incorrect, or deliberately twisted; he couldn’t imagine what her agenda was. He had, he said, sent her ample documentary evidence clearly refuting some charges she was intending to make in the article – but she ignored it.

There is no space here to go into counter-detail and prove the journalistic shabbiness of the article that Daily Maverick saw fit to publish. Personally, like most people, I suspect, I have not the least doubt about the integrity of Mark Solms (but he is a personal friend, so perhaps that doesn’t count) or of the more self-effacing Richard Astor. But readers who are subscribers to the JancisRobinson.com website can read a long investigative, responsive article by Tamlyn Currin, who is on the staff there. It comes to the same conclusion.

Currin interviewed Solms by telephone at length, examined all the documents that he’d sent to Marianne Merten (apparently more than Merten did!), and made contact with many of those involved. And, unlike Merten, she gives the background to the extraordinary changes that happened at Solms-Delta to the material and, dare I say, spiritual benefit of the workers there – and, incidentally, to an improved international image of South African wine production. She does discuss the huge expenses involved in doing things the way that Solms-Astor regarded as inescapable if the project was to succeed socially, and quotes Mark Solms  admitting that they were at times out of their depth: ‘We’re not business people.’ Indeed; to say the least – and the most.

Currin certainly doesn’t avoid seeing problems in the way the Solms-Delta project was carried out. Near the end of her long article she asks some questions that seem reasonable to me, though I don’t think all her answers fully take into account the contradictions of what Mark Solms and Richard Astor were trying to do, which was probably not compatible with the socio-economic conditions of South Africa, let alone with sensible business practice. That incompatibility was, in fact, much of the quixotic glory of the scheme.

“Did he try to do too much? To help too wide a group and fix too many problems? Possibly. Should he have employed someone, or some people, who were more ruthless and hard-headed and business-focused than he was? Definitely, and right from the start. Did the lines between charity and business become too blurred and end up failing on both counts? Probably. Was the board of directors and the board of trustees lacking enough representation of both business and workers? Maybe. Did he wait too long before seeking help? Likely. Was the South African government a dangerous bedfellow? Almost certainly.”

The burden of the Currin article, however, which includes lengthy quotes from poignant emails to an unresponsive government, is concerned to understand the situation at Solms-Delta especially in recent years, and to correct many wrong statements and insinuations in the Daily Maverick.

All is not quite over at Solms-Delta. Mark Solms tells me that the liquidation application has been postponed to 19 September, giving time for negotiations between government and Solms and Astor. “We are still trying to keep things going”, he says. “The worst outcome of the whole thing is that it becomes like any other wine farm.”