Tim James: On being a taster for Platter’s 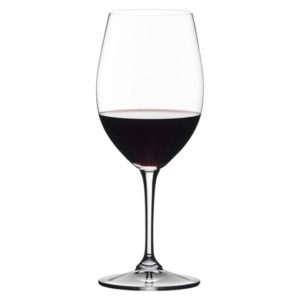 I’m so used to people thinking that tasting wines for Platter’s’s can only be a drunken, hedonistic delight that I was greatly pleased the other day when someone asked if it didn’t sometimes become just a chore. The experience, in fact, while not always pure delight, is often exciting, invariably at least interesting. Though the writing up of notes, and often the decisions on specific ratings, is frequently not much fun.

I’m fibbing. I look at the substantial pile of wines patiently awaiting my attention, and though amongst them are the likes of Marelise Nieman’s Momento and Hannes Storm’s pinots (and his new chardonnay), there are also some that are emphatically not the likes of those. That range right over there, for example …. it doesn’t fill me with eager anticipation – more like the sense of a chore. But perhaps the great surprise will happen.

Overall (and it’s why I continue to do the job and feel privileged to have it), it’s for me a remarkable learning opportunity, at a time when it’s increasingly difficult to keep up to date with what’s happening in South African wine, as should be the case for someone who publicly advances opinions on the subject. The great privilege is to work through complete ranges of wines from many dozen producers – from all levels of quality and ambition, and to do so in leisurely and careful fashion.

One satisfaction is finding a range of wines that is exactly as it should be,and good. I haven’t got Delheim to taste this year, but I remember that last year Delheim was a perfect example of every wine being good of its type and level.

And then, to note a real improvement in a range, or in an individual wine. Especially when it’s  a wine whose potential was always good, but had been shackled in over-ripeness or over-extraction or over-oaking: and suddenly a winemaker has seen the light! I must say, though, that particular scenario is not often enough played out for my liking.

New and exciting producers are obviously always a real pleasure. The remarkable thing is that there are some each year. Last year, for me, Jocelyn Hogan-Wilson’s Hogan Chenin Blanc 2014 was a wine that Cathy van Zyl and I tasted together (all new entrants to Platter’s are tasted by a team of two, rather than just one person), and stood out as just beautifully excellent. And there were others.

I’ve tasted some of the new Platter’s entrants again this year and, while not all speak eloquently of the glorious, continuing South African wine revolution, enough do. It’s marvellous, for example, that there are always young winemakers doing radical stuff. Johan ‘Stompie’ Meyer, for example, not content with making the Mount Abora wines and his own JH Meyer Signature Wines, is now offering a whole new range with British wine importer Ben Henshaw called Mother Rock (some of them under the Force Majeure label). It’s possibly the geekiest, most cerebral bunch of wines in the Cape, alongside the Testalonga wines of Craig Hawkins, most of them qualifying (alongside Craig’s) as some of the few locals that Europe would happily recognise as “natural wines”, given the organic origins of the grapes as well as the winemaking approach.  Marvellous!

But I’ve also had a few fascinating pre-bottling samples of other far-from-mainstream wines – such as two under the Maanschijn label of Paul Hoogwerf (I’m pretty sure I took his aunt to my matric dance more years ago than I care to remember!), and a chenin matured only in clay amphoras, coming from Sijnn winemaker Charla Haasbroek. And others too – to the extent that I wonder worryingly about the size of the market for all the old-bushvine chenins being made so excellently and attractively in new-wave style.

Another pleasure I’d like to mention, of a totally different kind: some nice wit. Karl Uwe Papesch owns the venerable Robertson farm Fraai Uitzicht, and has been making wines from southern-French varieties for a while. Now he’s bringing out a blend loosely based on Châteauneuf-du-Pape, and rather cleverly punning on both that illustrious name and his own, while also asserting its newness: Le Neuf Papesch, it’s to be called. I like that.