Tim James: On how SA wine rates in a global context 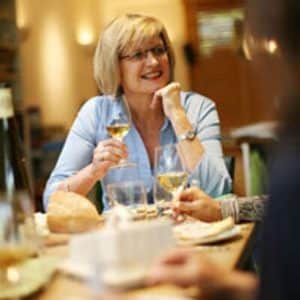 Michael Fridjhon has some interesting musings in his current Business Day column, in which he enthusiastically (even fulsomely) welcomes the visit of Jancis Robinson to the Cape – and hopes it will do the South Africa wine industry’s international reputation good. Me too to all that, but I’m puzzled when he suggests that “the palpable excitement is tinged with a commensurate whiff of inadequacy”. Further, that “despite a wealth of international successes” in recent decades, locals lack “the confidence needed to transform ourselves from colonial hicks into mainstream producers”.

My own sense is different: that, while this might possibly apply to producers who’ve been around for a long time, it isn’t true for the generation that’s arisen since the turn of the century. From much time spent with many of them, I have the sense that the Sadies, Savages, Alheits, Kents et al are brimful of confidence that their wines are up to international standards – anyway, they get told this often enough, so they should.

I told Michael I doubted his proposition, and he said that “I think there’s a world of difference between the new spirit of optimism/certainty and the freedom from defensiveness which (for example) characterised Napa from the 1990s (but not really before).”

He added the undeniable point that, “Anyway, the fact that even the most upbeat producers price well below inflation (measured in hard currency terms) gives a sense of how fragile the space is.” Agreed – but it proves the obduracy and irrationality of the market, not the feeling of inadequacy of the winemakers. Certainly, apart from a few jokers, few serious local producers feel able to set prices to match those of what they genuinely believe to be their equals. The Mullineux offer their single-terroir syrahs at the price of some good northern Rhône wines – but they’re made in tiny quantities, and their equally good blended Syrah is much less than half that. Some great local white blends sell for a fraction of equivalent white Bordeaux. Et cetera.

So where’s the problem? There’s local confidence, there’s lavish international critical praise (including from Jancis Robinson), but it’s not turning into the sort of demand that can sustain the high prices of many other New World wines – not only Californians. We’re still colonial hicks. Perhaps it’s the general image of the Cape as a source of cheap plonk (though I do think Michael is unfair to suggest that WOSA only “conveys another message” opposed to singular excellence: WOSA has organised, for example, tastings internationally with Rosa Kruger presenting wines from old vines).

The lack of a substantial body of rich local wine-drinkers is surely significant, compared with California above all, but also Australia, and South America has the US as a near neighbour. Especially when many rich local winelovers are afflicted with cultural cringe. But perhaps South Africa is doomed to never attain fashionability, for all sorts of reasons. Unfairness happens. But, as Michael says, “changing perceptions about a nation’s wine industry is not an overnight exercise”. He pins a little hope on the pen of Jancis Robinson in helping to effect that change.

And what’s not for her to be excited about? On Sunday she began her tour with a first-time Swartland visit, calling in at a few wineries, then facing a splendid group line-up. Monday sees her travelling up the West Coast with Eben Sadie, Rosa Kruger and me – as the organiser of the first leg of her visit, I’m privileged to be tasting in her slipstream (not to mention her shadow). The idea of sampling all the (underpriced!) wines of the Skurfberg while sitting in a farmhouse surrounded by the vines and views of that magical mountain was, if I say so myself, a rather good one. And I’m confident.