Rosé still seems to rate as an international success story. In Britain, apparently, summer sales have been boosted by the popularity of a drink called frosé – an icy sweet slush made by freezing rosé with lemon juice and sugar. That doesn’t sound like a challlenge to pink wine’s generally rather girly image, yet there are more men around calling themselves brosés.

I don’t know if either of those trends has advanced in South Africa. I certainly haven’t helped, but don’t do much for the category at all, and am pretty sure that I have never in my life bought a bottle of rosé (do I even know anyone who regularly drinks the stuff?), though I have drunk and tasted plenty and appreciated some; and there are many these days that are acceptably dry, even if of mixed quality and not in the volumes of the sticky likes of 4th Street and Four Cousins.

The smarter, most fashionable international end of rosé is unquestionably dominated by France, especially Provence. (And here’s an odd thing: guess which country imported more South African rosé than any other, in recent years at least? Mais oui! Presumably in bulk, which is how a whopping 84% of Cape rosé leaves these shores, and presumably to fill some unattractive gap in their own production.)

Amongst the grandest of Provençal pinks are those of Domaines Ott, drunk around the world, but surely most glitteringly and pleasurably on the French Riviera and in ports where millionaires’ yachts gather. The rich and occasionally beautiful also swill it down in such places as Camps Bay in Cape Town, gazing at the sunset over the sea, or at each other. Certainly the allocation that Reciprocal, the local importer, gets for South Africa seems to get snapped up immediately, despite the relative priciness of the wines.

Last week I had the pleasure of sampling some Domaines Ott wines, including rosés, at a lunch given in Cape Town by Reciprocal. Of the range – in formats from half-bottle to double-magnum – we tasted three, starting with the entry-level By.Ott Rosé 2016. At a mere R275 per bottle, this is a delightfully fresh, delicate and balanced wine made from grenache, cinsaut and syrah. I really enjoyed it, to sip or with food.

Château de Selle Rosé 2016 is also from the Côtes de Provence, a similar blend, but from grapes only off the estate. It’s the palest of pink-tinged gold, more finely textured, more nuanced and slightly more intense than the By.Ott; elegant and immensely drinkable. Another single-estate wine is Château Romassan, from the Bandol area and therefore dominated by mourvèdre, with some syrah. This is touted by Domaines Ott as a more “masculine” rosé, and it certainly has a different character: bigger, bolder, more intense, but still refined. I preferred the Château de Selle. 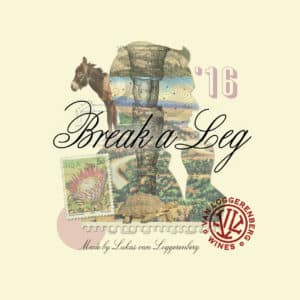 Both those cost R475 from the importer, somewhat more than most local rosé-lovers, except the richest and most blasé, will stump up for a bottle this summer – though if any do, I can’t imagine they’ll be other than delighted and charmed. Can the Cape offer anything as good? In my opinion, the closest would be the Break a Leg blanc de noir from Van Loggerenberg (blanc de noir is a legal category here for rosé made only from red grapes; in France that rule applies to all rosés, but here they can be, and often are, blends of red and white).

Break a Leg, from cinsaut, is subtly delectable and serious, but you won’t find it easily. Amongst other locals that I admire and have tasted fairly recently would be Sijnn’s Saignée – as the name implies, a wine made from the “bled off” juice from their syrah-based red blends. It’s not offered as a rosé as such, and could be considered a very light, scarcely-tannined red. Kanonkop Kadette Dry Pinotage Rosé is invariably good and delicious (pinotage works well in this style), and DeMorgenzon’s shiraz-based Garden Vineyards Rosé is also one that suggests the local pink offering can be something other than trivial.