Three winemakers make wine for their own labels at the Gabriëlskloof cellar in the Overberg: Peter-Allan Finlayson makes the home-farm’s wines as well as his Crystallum range of pinots and chardonnays; John Seccombe makes his Thorne & Daughters wines (the latest releases of which I wrote about last week); and Marelise Niemann makes her Momento wines.

It seems to be an enormously friendly and mutually beneficial arrangement, with the three helping each other out as necessary during crunch times, and tasting and frankly discussing their wines when things are more leisurely. There must also be elements of mutual influence in such an arrangement. Peter-Allan, for example, is open about how his white winemaking changed at an earlier “centre of wine excellence”, as the participants only half-jokingly called it, when he made Crystallum in the Alheits’ Hemelrand cellar. (Chris Alheit admitted to being a bit lonely at first after his old friend Peter-Allan left – but his generous relationship with his assistant, Franco “Poenie” Lourens, who has his own excellent and developing brand must now be compensation.) John was also briefly at Hemelrand and the experience must have helped him consolidate his own white-wine aesthetic; more recently, his fine Wanderer’s Heart drew inspiration from Marelise’s Grenache. All in all, the Gabriëlskloof community is a concrete expression of the comradeship that has characterised the revolution of the new wave of Cape winemakers this century – somewhat less intensely so now, I fear, except in pockets like this, but continuing to an extent. 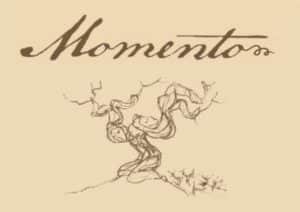 The Momento range is the smallest coming out of Gabriëlskloof, and probably least known, but it is similarly impressive in its own way. Marelise’s label was launched with an elegant 2011 Grenache from Swartland grapes when she was still winemaker (and still called Marelise Jansen van Rensburg) at Beaumont – not far, of course, from Gabriëlskloof; she left there a few years back. The range has grown modestly but steadily – to four wines now, with the forthcoming release of the 2017s: watch out for them around August, I think. Volumes are small, winemaking is non-interventionist, with maturation in old oak.

The latest Momento addition is a Grenache Gris from the Voor Paardeberg, picked fairly early for a moderate alcohol of 12.5% and a most delicious acidity. If that suggests austerity, well that’s an element (perhaps augmented by a week of pre-ferment skin contact, which also gives some added grip), but this is a wine of much charm. I’m not quite sure what to expect from local grenache gris, beyond some floral character, and I was rather surprised by the blackcurrant notes – actually they seemed to me slightly petrolly, as I sometimes get on really nice cool-climate sauvignon blancs, but I’ve learnt to translate that as blackcurrant, which probably sounds much nicer to others and seems to be what I mean in their terms.

The other Momento white is the better established Chenin Blanc–Verdelho, the chenin from the Paardeberg, the verdelho from Bot River. It’s always a lovely, effortless-seeming wine, the verdelho adding, I think, freshness as much as anything. The 2017 has fine, pure fruit and great tension to its light balance – just 13% alcohol.

There are not many varietal tinta baroccas made in the Cape, and Marelise’s is a fine advertisement for it (and an alternative style to, for example, the much more tannic Treinspoor version of Eben Sadie; or perhaps it’s more a terroir difference). From 2017 Marelise’s is no longer entirely from Bot River grapes, but takes in fruit from other old vines in Stellenbosch and the Swartland. There’s still a notably “wild” fragrance to it, with dried herb notes. It’s clean and fresh, not particularly intense, with tight but supple tannins. Always an interesting wine.

My favourite of Marelise’s quartet is usually the Grenache, as it is among these 2017s. The immediate fragrant charm is deepened by darker fruit notes, but it’s also bright and fresh – speaking of the granitic Paardeberg, which is the dominant origin. Also very Swartlandish is the strongly informing but ever-so-subtle tannic structure. The wine combines a full-fruitedness that is accentuated by 30-40% whole-bunch-pressing, but that fruit is reined in by a month or more of skin contact. Careful, thoughtful winemaking, giving a combination of charm and seriousness that seems very appropriate to Marelise. Do look out for this label if you don’t know it already; I can’t imagine you’ll be disappointed. The 2016s are between R200 and R300 – not cheap, but fair value – and I daresay these won’t be much more.