Tim James: On the wine avant-garde and its merits

The Hermanus FynArts festival – held each winter in that once sleepy little coastal resort best known to winelovers as being close to the Hemel en Aarde valley – is mostly about fine arts, as the name implies. But it has a strong food and wine component too, the latter conceived and organised by Melvyn Minnaar. The festival starts this coming Friday, 10 June, and on the Monday I’m presenting a tasting of “avant-garde wines”.

It’s a subject close to my heart and tastebuds of course, and the only difficulty was selecting among all the exciting avant-gardist wines. No, that’s a lie – it wasn’t difficult at all: there are so many suitable wines that should be of interest to wine-loving festivalistas that it was very easy; I could hardly go wrong. I settled on a selection of reds and whites from Testalonga, Thorne & Daughters, JH Meyer, Smiley, and Hogan.

Between them, they should nicely illustrate the essence of new-wave winemaking: avoidance of additives, including acid and inoculated yeast; something approaching a horror for the aromas and flavours of new oak; modest levels of alcohol; reduced used of sulphur; and an overall lightness and freshness. To which might be added, I suppose, the occasional penchant for untraditional names. More than those universal matters, there’s a genuine, uniquely South African element that comes across in the counter-cultural wine movement here, and it’s one of the most interesting aspects of the local wine revolution: a commitment to local terroirs and to the Cape’s winemaking history (especially via varieties, notably chenin, cinsaut, and semillon). 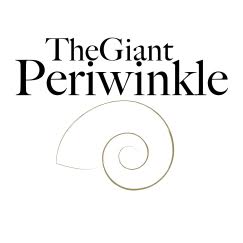 Returning, though, to the idea of the breadth and depth of the wilder, more natural approach to winemaking these days, I was reminded again last week just how pervasive these ideas and practices have become. I was having an email chat with Pierre Rabie, the Cape Town advocate who is growing to be no less eminent as the winemaker of The Giant Periwinkle, whose blackcurranty, older-oaked Blanc Fumé, for example, is one of the most elegant and harmonious of Elim sauvignons. He mentioned that he was now making his red wines in Franschoek: all natural fermentations, he added – “moerse stresvol hoor!”

The stress of it all I understood, but when he subsequently said, with a further emphatic exclamation mark, that “there is no turning back on the natural winemaking, I’m hooked!”, I asked him what it was that pushed him in this direction: The challenge? The feeling of being more connected to nature? I liked the answer he sent:

“All of those reasons you mentioned to a lesser extent.  As you well know, I am in the fortunate position that I make wine to consume primarily (call me a hedonist if you must) not to chase sales.  I am of the opinion that wines that are more naturally made just taste differently and give you a unique wine experience.  You can taste those wines are not the commercial stuff – almost like having your grandmother’s freshly baked loaf of bread and then having a slice of Sasko Sam after that – it’s just not the same!  So I will continue to lose a barrel or two (I lost a barrel of inordinately expensive Pinot this year) for the greater pleasure.”

Incidentally, that pinot Pierre mentions is one of those with an, er, untraditional name (I’m on record as calling it silly!): Old Lady on the Corner Pinot Noir. Long live silly names, if necessary, and all aspects of a fresh approach to winemaking.