Tim James: Platter’s and the need for an organ of record 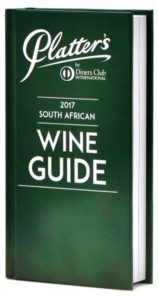 For some people, Platter’s South African Wine Guide is mostly a useful set of addresses and maps. For others (more, I trust) it’s a useful overview of achievements – though as challengeable in its judgements as any guide to something as much a matter of taste as wine is. And for some, Platter is fatally flawed by its basic “sighted tasting” methodology.

That last category includes a number, probably increasing, of producers who decline to submit wines for assessment by the Platter tasting team. The “sighted” methodology is the reason often given, if any is cited, but it’s not hard to suspect that the history of actual assessments actually prompts most refusals: if the ratings were as high as the producers think they should be, or want them to be, would they still withhold their wines?

A tiny few would. A couple of Platter refuseniks genuinely think that scoring wines, especially more “natural” wines that diverge from traditional categories and styles, is both nonsensical and unlikely to do justice to their aims. Personally, while not being a fan of scoring, I think the latter point is untrue: the high star ratings achieved by a number of “natural” wines on Platter 2017 suggests otherwise.

More interestingly, though, we can note that many who don’t want their wines tasted “sighted” by Platter are happy to submit them to, say, Tim Atkin, for sighted tasting and scoring. This suggests that in most cases it is not a lack of guaranteed neutrality or a high-minded scoffing at scores at issue.

It is significant that other reputable guides are available these days – like Atkin’s Report, which offers a very useful appraisal, and a notably generous-scoring one, of most top-end stuff. (Not to mention it probably carries more weight internationally than does Platter.) Simply put, Platter is less important for marketing purposes than it once was. And if a producer can get better sales by, for example, punting the gold medals it wins from some (repeat: some) of the more-or-less dubious competitions it enters, then why not? And if it thinks that a Platter assessment is, for whatever reason, going to work against its marketing strategies, well, then, rather give Platter a miss.

Perfectly understandable. I’m not primarily here to complain, even wearing my hat as someone involved in Platter for many years now, and watching its erosion with regret (and even seeing the extent to which the guide itself is to blame). But wearing my hat as a commentator on Cape wines, and as their modest historian, I’m here to regret.

To its shame, the South African wine community has proved unable to sustain a consumer wine magazine. Numerous wine competitions, the internet, winery websites, bloggers and google searches are all very well – but as things stand, they cannot offer an organ of record for South African wine as a whole.

Some of us now are, and some in the future will be, interested in a historical context, wanting a wider view than a list of scores of wines which have either done a public or trade tasting or entered a competition. Where to find it? If I want to find out about South African wine in general or in some particular in, say, 1990, or 2000, I can confidently turn to the contemporary Platters. There’s a lot there: certainly just about all wines made will be listed; all wineries will be – briefly or in more detail – described.

A simple example. If someone in 2030 wants to know how many cinsauts were being made in the Cape in 2016, unlike in 1990 or 2000, there will be no easy way to find out, maybe no way at all. And what wineries were there in the Swartland? A search in the 2017 Guide will not reveal even the fact that Testalonga existed then (hopefully its existence in 2030 will not be a question), let alone what wines it made. That’s a loss.

It’s true that, even without this problem, the current Platter gives less useful information about wines and wineries than the 1990 edition did. That’s partly because the guide chose to cope with increased numbers of both by reducing coverage, and partly because there was a more recent dumbing-down decision to cease giving “geekish” information about blends, wooding regimes, alcohol, sugar levels, etc. I regret that, as a diminution of the Guide’s role as record and resource. But even more I regret some producers opting out of what is – faute de mieux – the prime historical record of modern South African wine.