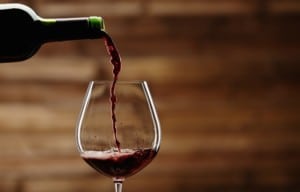 It seems it is allowed. I don’t know if there are readers of this website for whom “social distancing” – or even normal life – means dining alone, but if there are, you are also permitted to drink (a little bit of wine) alone. I hear of this concession to extraordinary times from no less a luminary than the New York Times wine columnist, Eric Asimov (a most estimable critic, though I spent some time with him once, in a small group visiting Jerez and sherry country, and found him rather aloof).

Although Eric takes to heart the pleasant idea that “wine is for sharing” and seemingly agrees with any social stigma attached to doing otherwise, he doesn’t quite forbid a bit of solitary drinking even when there’s not a virus raging around. While it “may not be ideal”, occasionally it has been forced upon even him, by unusual circumstances. Furthermore, he’s clearly a man of moderation when it comes to his prandial drinking. He knows that the gods created the standard bottle and the drinking standard at the same time, and to serve each other:  “The standard 750-millilitre bottle reinforces the idea that drinking is not a solo activity”, because, he says firmly, “It is designed for two people or more to finish in the course of a meal.” Just when some of us thought that that was what the magnum was there for.

Anyone who has read my more confessional pieces will understand why I was somewhat shocked when, browsing a list of recent wine-related material, I saw a link to the Asimov article headed: “It’s No Crime to Drink Wine by Yourself”. It hadn’t occurred to me that it was, in fact, any sort of crime, or that only a stay-at-home time of postponed parties and closed restaurants might,at last, allow for a relaxation of the rules. No doubt I’ve just been wilfully and self-servingly ignorant.

Yet Asimov should be aware that the number of single-person households is inexorably rising, even where the American dream, including marriage and family, might prefer it otherwise. In his home state, a reliable source suggests, the percentage of them was nearly 30% in 2018, when there were “an estimated 34.05 million single-person households in the U.S.”. In Stockholm, apparently, the figure is around 60%. (Incidentally, self-reported loneliness seems to have not increased as an accompaniment to the rise in living alone.) All those people not allowed to have a drink with their dinner unless they go out or have a friend round!

If Asimov were aware of these figures, and endeavoured to understand their implication for the number of people who want some wine with their presumably more-often-than-not solitary dinner (only half-a-bottle, of course), he would realise how insulting his rather silly article is in reinforcing the social stigma that he reports.  Please let it be noted, by the way, that I am fully aware of the social problem of unhealthy alcohol consumption, and that heavy solitary consumption might be implicated, perhaps as least as much as is heavy communal consumption.

As a person who cheerfully drinks both alone and otherwise (the major distinction being that I’m more likely to open my better and best bottles when in appropriate company), I’m bound to dislike Asimov’s prejudices. But if there are other, more guilt-racked, solitary imbibers out there, those who have also internalised such prejudices, I’m happy to pass on the good news that it’s ok for now, while Covid-19 wreaks havoc on our social existence, to have some gingerly sips all by yourself.

Incidentally, as I write this, there’s a little flurry of emails amongst the tasting group I belong to, agreeing that we should give up our monthly get-togethers for now. Four of the eleven of us normally live alone.

I must say I preferred, in the flurry of winelovers’ responses to the exigencies of “social distancing”, a little picture someone sent me today (I don’t know the ultimate source, so I apologise for the lack of proper acknowledgement). It’s entitled “Planning your next wine tour made easy”. Instead of a map of some hospitable wine-route with each tasting location marked by a full wineglass, it shows the plan of a small house, with that signalling wineglass in each of them. Even if one imagines the little house to be home to a few consenting adults to share the glasses, it’s not the sort of idea to appeal to a puritan. As a response to the social constrictions we’re all to endure, it’s rather more fun, however, than Eric Asimov’s grudging, presumably ad hoc and temporary, tolerance of solo-sipping.