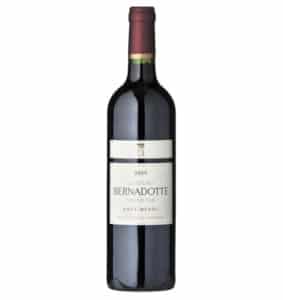 Inexpensive Bordeaux – not in general circulation.

My quest to find out why there is so little Bordeaux wine – at the modest end of the range – brought into South Africa has been resolved. It’s all the fault of us wine drinkers. Apparently we don’t want it. So not my fault so much as yours, frankly. Though maybe “fault” is not at all the right word, and you’re pretty sensible after all. Let me tell you what the importers say.

To state my case again first: In an online discussion last week after I reported on some lockdown purchases there was, first, a question about why I’d bought foreign wines when local stuff offers great quality and value. My position about (proper) Bordeaux was that I generally preferred it to local Bordeaux-style blends and cabs (being drier, more savoury, less ripely flamboyant and powerful). I further complained that South Africa wine importers brought in plenty of expensive Bordeaux, but almost none of the great-value, cheaper end. I suggested that they were being lazy, and not serving us, in not seeking out good value at “affordable” prices.

So I asked three of them to justify their positions. But let me first admit that arguably I am over-optimistic about the price of cheaper good quality Bordeaux. It’s easy, though, to google for articles, in the UK especially, about great Bordeaux value. For example, Jane Anson in Decanter wrote about each year tasting thousands of more modest examples and says “there are certain names that surface again and again – and cost no more than £30 a bottle and often under half that”. Jancis Robinson suggested in the Financial Times that many “even good ones, can be found for well under £20 a bottle even for a fully mature vintage”. Etc. The trouble is that these prices will inevitably translate into South African prices higher than even the rotten exchange rate would suggest. (I once before tried to find out why we paid so much more here than almost anywhere in the world for imports, especially Bordeaux, but the importers resolutely denied gouging, and I am still unsure.) Nonetheless, with the prices of local cabs and red blends rising ever higher, I persist in thinking there should be some excellent value, Bordeaux, to be had, for those, like me, who prefer the style.

But there, according to the importers, is a lot of the problem. There’s clearly a lot of local demand from rich drinkers for the grander châteaux, judging by the lists on Reciprocal Wines, Wine Cellar and Great Domaines. But Roland Peens of Wine Cellar bluntly says there’s historically been little demand for Bordeaux at lower level. He points to exchange rates and import costs, and says that “We don’t see the demand at the R200 versus R1000 level in value. Consumers are more keen to buy SA at that level.”

Michael Fridjhon, whose Reciprocal Wine Company brings in a lot of smart Bordeaux but just a very few cheaper ones (mostly a négociant’s “Private Reserves”, which I know can be genuinely excellent value). “We’ve defaulted to this”, he says, because it’s almost impossible to sell small château wines. Occasionally I think the way you have suggested and bring in 50 or 100 cases of a wine like Bernadotte: it takes forever to sell.”  He suggests a reason for the local consumer’s reluctance: “Insofar as Cru Bourgeois Bordeaux is concerned, I think most are considered too restrained for SA palates: not enough bang for the buck…. Small château Bordeaux may appeal to the Old World market but I don’t think it has the “guts” for the SA consumer.” (Which doesn’t explain why rich South African consumers want the expensive ones, or why there has been such a conversion locally to comparatively “gutless” new-wave syrahs in the past decade when they became available and were enthused about by commentators.)

Speaking for Great Domaines (originally an importer of only burgundy, but later branching out to other European wines), Derek Kilpin first suggests that “It is not easy to find less expensive imports, which, once landed here in RSA at the current exchange rate one can open the bottle and happily say its worth the price where the quality over-delivers.” He also points to the frustrating nature of the Bordeaux market. (He also pointed out that Great Domaines has recently been bringing in a few more modestly priced burgundies.) But basically, unlike Michael Fridjhon, he emphasises the matter of quality rather than of taste: “As soon as we go lower down the price scale (into that R150-R300 range) we think SA wines can offer a lot and potentially more than their foreign counterparts.”

Two points here. Firstly, it’s not just a matter of quality, as Michael Fridjhon indicated. A winelover might think that Delaire Graaf Botmaskop (R330 at Wine Cellar) and De Toren Fusion V (R595) are excellent wine and well priced for the quality – but still want the possibility of bordeaux-style restraint (to the extent it still exists, which is another question) at those prices. I put my own hand up here – which was my point last week.

Secondly, it’s actually not the R150-R300 range I’m really thinking of. Good local cabs and blends are starting to cost a minimum of R300. Wine Cellar offers 26 local Bordeaux-style blends, only eight of which cost less than R300, and only ten less than R500. Of the 31 standard-sized bottles of straight cabs only nine cost below R300. Of course, one can squabble about value for money.

What I’m suggesting is the need for imported Bordeaux to compete at, say, R400-R800 (less would be great), if that’s what quite a few locals are willing to spend on that sort of wine. And I repeat my assertion that if an importer can’t find good Bordeaux at R400 and at R800, to offer to customers who like that style of wine, then the fault is at least partly with them and the energy they show in sourcing and marketing.

I’m happy to conclude by saying that Roland Peens was prompted to tell me that Wine Cellar will import “a batch of R200-R400 Bordeaux” (he should go a bit higher if he’s suggesting competing with local versions on his own list). He added: “you can taste and promote them. How is that?” That’s maybe fine – I’d be delighted to taste them and give my good opinion, very loudly if they deserve it. I look forward.