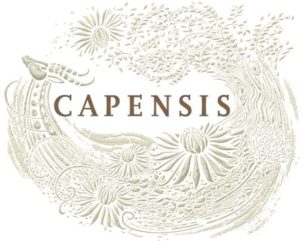 It was only when checking my notes about the maiden release of Capensis Chardonnay (2014 vintage) that I realised its launch party was almost exactly three years ago. Capensis 2015 was to spend three rather than two years – all of it in bottle – before its release now. Well, almost now – still a month or two, apparently, before it gets on the shelves; but the revelation happened last Wednesday at an event which showcased (I think that’s the right word) what’s rather grandly called “The Proprietor’s Collection”, under the even grander rubric “The Golden Thread of Excellence”.

All sounds rather more American than Cape, doesn’t it? In fact, the Proprietor in this case is US-based Anthony Beck, whose Collection includes Graham Beck Wines (now, since Anthony assumed ownership, the sparkling wine-only specialist in Robertson), Steenberg Vineyards in Constantia, Angela Estate (producing pinot noir in Oregon), and Capensis, which is jointly held with his friend Barbara Banke, owner of the substantial US company Jackson Family Wines. “I’m easily pleased by the very best”, said Anthony, talking of his wines – a good line, which he admitted he’d taken from Churchill.

The Capensis Chardonnay 2015 is doubtless all the more drinkable for its wait. The oaking (only 50% of the wine in new oak) is informative, but not at all egregious as it slightly was on that year-old maiden vintage, and will surely soon be fully absorbed and supportive of the flavour complexity. This vintage strikes me as rather more restrained and refined than the previous one.

Looking back I see I was in fact generous in my comparisons then. But the standard of local chard has been rising inexorably to the present undeniably excellent level, with 2015s obviously no exception. I can’t see any problem in still putting Capensis up there towards the top, where there are at least a dozen or so jostling happily. Perhaps it is (and I’m relying on a sadly fallible memory) a touch less precise than Leeu Passant, for example, less intensely mineral than Storm, less vivid than Richard Kershaw, but certainly excellent.

Unlike those wines, and most of the other really ambitious Cape chardonnays, however, it’s not about terroir, this wine, except very widely interpreted. It’s blended predominantly from Stellenbosch (52% off the home farm high on the Banghoek slopes, 26% from elsewhere), with 12% from Kaaimansgat vineyard in Elandsrivier and 10% from Robertson). Perhaps the team (including US-based winemaker Graham Weerts and Therese de Beer, the latter present at this lunch and in charge of the cellar between his visits) are looking at a tighter terroir expression instead of, or more likely as well as, the blend. We were given a single-vineyard version from Fijndraai, the Banghoek farm, which was less complete, perhaps, but I enjoyed its greater delicacy and savoury-lemony quality. This wine not for commercial release, however.

Capensis is also the priciest of local chardonnays – something over R900, I believe. But the pricing is done largely with the US in mind, and there it’s going to be retailing around $85, which makes 900 local bucks seem quite modest.

Other great vinous pleasures at the very good lunch at Cape Town’s Silo Hotel included Graham Beck Cuvée Clive 2012 – all-chardonnay, unlike the 2003 which had 18% pinot. That older wine is still very much alive and well developed with firm tertiary notes, but not as good as the elegantly steely and intense 2012 is now and will be. Incidentally, winemaker Pieter Ferreira confirmed that, as of 2014, Cuvée Clive will be made every year rather than just “best vintages”. Of Steenberg’s Magna Carta sauvignon-semillon blend we had the 2016 and 2012; rather lovely; I preferred the 2016, but neither vintage seemed to me to be Magna Carta at its fine best, more broad and friendly than incisive and haughtily austere in youth.

A great treat was to have two vintages from each of the two vineyards supplying grapes to Angela Estate in Oregon: Angela Vineyard 2013 and 2011, and the more recently acquired Abbot Claim 2013 and 2012. The current French winemaker at Angela, Alban Debeaulieu, was here to present them. All extremely good, but the Abbot Claim clearly the more complex and deep-reaching; I preferred the older vintages in both cases, finding them more restrained and fresh than the clearly riper 2013s. But hey, that’s all a bit irrelevant as I don’t think they’ll be available in South Africa, and I suspect would (even more than the Capensis) be grand-Burgundy-priced if they were.