As the nation woke today to a resumption of a semi-prohibition (one whose justification is, sadly, easy to understand, however tough it is on many innocent partakers of alcohol), my little dry sojourn is revealed as the tiniest of footnotes – one bound to mean that, in a drinking-oriented forum like this, if you hang about you’re going to hear something about either the quality of the drought or its cause – or perhaps consequence. 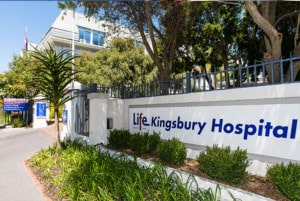 Much of the waking part of those ten days, including many hours when I fervently wished I were asleep, I spent looking dully at the wall, a few metres from the foot of my bed, of the small hospital ward I was in. In the section of it, I could see, the only notable feature was a small hospital information-poster. And of that I could read only the logo of the owning company, Life Health Care – a logo whose design I increasingly grew to admire – and the top two lines of text:

Your safety is important to us
Slips and falls

My inevitably-reading eye must have fallen innumerable times on those words. Their pattern remained, but it seemed remarkable how for an instant a salient bit of their content would change, not without the bounds of reason. I remember being initially a touch startled by the likes of: “Your sanity is important to us”. “Slaps and fails”, and, piquantly, “Your salary is important to us”….

For a day or two, though, near the beginning, that bland wall became a screen of great illuminated anarchy. I now can’t remember whether it was closing my eyes or opening them that triggered a display of fast-changing collapsings and reformations of rather formal and beautiful abstract patterns flashing at (or inside) me from the wall. More light than colour – removed in that way from the good old idea of psychedelic skull-patterns. This visual/mental activity on the cusp of sleeping/waking moved into dreams as well. I would instantly start dreaming (with no very startingly content) as I fell asleep and the dream would persist into waking – when I would occasionally feel and hear myself speaking out loud the silly words I’d been saying in my dream. Whether the whole dream had been conducted aloud, I don’t know.

It was rather entertaining at times, but also frightening. I told my surgeon about it and he suggested a change of pain-killer (things that were looming large in my life). That worked fine – it’s slightly disconcerting, of course, to note that the quality of one’s imaginative life is such a matter of manipulable chemistry, but I think the quality of pain relief also declined a touch.

Meals at that stage were minuscule and reluctantly contemplated by me – my whole abdominal area was as unhappy as could be, thanks to a pancreas that had flared up with surely excessive indignation on being, as I vaguely understand it, flicked with some nasty bile or whatever when some draining tube it shared with the gall bladder got temporarily blocked by a gallstone. The bloody pancreas still hasn’t got over the insult, and is still causing some discomfort, though I’m back home, for now (I return later this week to have the stone-manufacturing gall-bladder removed – no great loss, I believe).

I remember the first meal I had, though whether I had any notional choice in it, as I did later, I can’t recall. We agreed to compromise, with some reluctance on my part, and to call it lasagna – and in fact I must concede that it was not entirely its fault that I was unable to eat more than a forkful. My appetite increased only miserably over the next week or so, till now when it is showing reluctant signs of revival, if not of much delight. But is it necessary for the food in expensive private hospitals to be of such dismal standard, I wonder?  It was clearly much the same at a different large Cape Town hospital where I visited a friend a year or so back. The menu choice is wide – presumably because its basis is established on large numbers of individual portions being made, frozen, and microwaved to order. That perhaps makes for some acceptable limitation of quality; but really, apart from anything else, is there any need to throw such intensity of more-or-less artificial seasoning onto everything? To make sweet stuff excruciatingly so? Sadly, the worst things I tried to persuade my mouth to accept were overcooked vegetables with all the life long lost.

Ah well, my own life remains, and I daresay the hospital regards that sort of thing as more important.

No liquor, of course, and I can’t say I missed it – and I daresay my body will have been grateful for the break. And my first two shuffling days back home have not seen a riotous reaction. I first wanted, or thought I wanted, something powerful and a touch weird; sherry, perhaps, so had a modest glass of Lustau Amontillado Los Arcos, which was richer and more intense than I remembered it being. Then last night I broached a Stellenbosch cab-based bland that was on the pile of wines to taste for the Platter’s Wine Guide. Also notably rich and intense – I will have to re-established my physical and aesthetic equilibrium before fully resuming my tastings.

That’s presuming that the Platter tastings can proceed, given the ban on movement of alcohol. They’re working on it, so let’s hope so. And that I, with a calmed-down pancreas and no gall-bladder, can play my small part.