It was clear, or so I thought, that it was easier to do this possibly silly game with whites than with reds. Simply because of that superiority of whites, I could easily name some great producers there, while I struggled a bit with reds. But then, of course, it gets complicated because the competition for top white places should be more intense, for the same overall reason of a higher standard. Anyway, it’s always fun (and only a bit agonising) to compile such lists, and sometimes fun to read them, I hope, while hugely irritating of course to see how wrong someone – like me – can get. 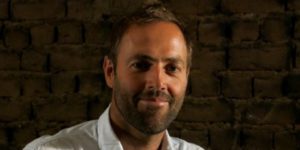 Eben Sadie. Top of the pile when it comes to both white and red wines.

The person who got me thinking on these lines (who’d better be nameless, as I didn’t get permission to quote) suggested firmly that Alheit Vineyards undoubtedly leads the white-wine pack. I’m happy to have Alheit there at the top, for all of the whites they make, but not alone: Alheit have to be joined by Sadie Family Wines, whose Ouwingerdreeks is surely the Cape’s most important new range in the last ten years (or 20 – or more!), in terms of innovation and quality, and contains a clutch of brilliant whites to complement the Sadie Palladius.

Actually, if I establish for myself a rule that to qualify for the competition a producer would have to demonstrate versatility and depth in the range of wine made, well I think I can leave whites there, with those two unchallenged and sufficiently on a par, even if Alheit doesn’t yet have quite the same track record. Which is not at all to say that there are not other producers with one or two white wines at the same level. There are – but I’m stipulating that some versatility and breadth should also be required for the title. And I can’t think of anyone that comes quite close enough to those two: David & Nadia? just perhaps (but we need more track-record for their single vintage chenins). Thorne & Daughters? Iona? Paul Cluver? Not quite, in my opinion.

With regard to the reds, the same rule excludes, say, a producer like Crystallum of only pinot noirs, or the maker of only one wine, such as Porseleinberg. But there seems to me not quite as clear a lead in this category, and I certainly couldn’t complacently leave it as just two jostling for the top spot.

Sadie would again have to be up there, and it would be plausible to have him as the winner, for his four reds. I was going to say that Mullineux should be at the top level too, but of course they specialise in syrah, and I’ve perhaps wrongly excluded such specialists from my little competition. If there could be a joint entry from Mullineux to include the Leeu wines they also make, well then … there they are.

And if composite entries are allowed, Kanonkop plus Abrie Beeslaar’s own Pinotage would have to be a very serious contender. Vergelegen perhaps? No, perhaps not. Boekenhoutskloof should make it into the competition – but I’d be more confident of that once the overall excellence of the (still unreleased) 2015s is repeated a few times (as I am confident it will be). And how about Newton Johnson, who are succeeding so well with the Rhône-variety wines that are inevitably overshadowed by their pinots? Badenhorst? Certainly a contender given the improvement in their endlessly fascinating range of reds in recent years.

One thing this little exercise does make me realise is how few local producers at the highest level specialise in white wines – Alheit is a rare example, and even they are starting to succumb to the market desire for breadth. There are more red-specialists, with Kanonkop only the finest of many, though they’re probably mostly confined to traditional Stellenbosch producers.