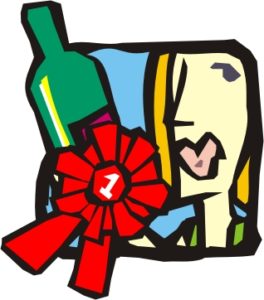 Like all tasters for the Platter Guide I recently received the customary “Declaration of interest and confidentiality” for signing. As usual (though one year I went to the trouble of trying to fully understand the many clauses), I duly and dully signed and returned it. It’s a necessary and important part of the process, this, and I can qualmlessly agree to declare “any and all interests in the wineries/producers allocated to me for tasting”. But another clause (it’s quite a lengthy declaration) troubles me somewhat: “I will recuse myself from tasting wines whose maker, owner, area of origin, style or prior history could impair, or be said to impair, my good judgement.”

It’s that “could … be said to impair” that niggles – anyone can say anything they like. But I’ve decided to take it to mean “could FAIRLY be said to impair” – which is another matter entirely. I am under no illusions about there being a few disgruntled people out there who think I have prejudices in favour of, say, Swartland wines or against, say, Rawsonville ones. But I would argue that to the limited extent that such general attitudes are indeed there (I could name good and bad wines from both of those regions), they are precisely post-judices rather than prejudices – that is, they result from experience rather than some irrational emotion or belief leading to a judgment being essentially made before rather than during the wine-tasting experience.

It’s a bit more tricky if someone accuses me of my “good judgement” being impaired by my professed attitude to high-alcohol, sweet-finishing reds. Is that preference of mine part of my good judgement, as I think, or does it count as a prejudice, which could have a producer legitimately complaining about me? It’s a preference demonstrably not shared by all the Platter judges, so it’s clearly not universal. In fact, some years back a very good producer asked for me not to be their taster because they felt (probably correctly) that if I were considering a rating, I’d be more likely to go down than up, given my established tastes. Fair enough – I felt no resentment about this, and in fact get on well with the producer.

There are many very good tasters who are excluded from tasting for Platter because they could be fairly said to have some sort of general structural conflict of interest precluding them. It’s a great pity, in fact, as there aren’t all that many suitable tasters available in South Africa. But inevitable, I suppose, given the hostile scrutiny that’s sometimes directed at Platter for being based mostly on a “sighted” rather than “blind” procedure. (I’m not re-entering that battle-zone here!)

One of the problems is related to some financing ones that have been alluded to on this website by Michael Fridjhon and Christian Eedes. Everywhere in the world it’s very difficult for anyone on the commenting side of the wine industry to make a living out of purely doing that. Only a few full-time magazine journalists in South Africa do so. Others, like me, derive incomes from unrelated jobs. But those writers and critics who wish to keep within the wine world are obliged to take part in activities like consulting or competitions and shows, and/or must sell bottle-stickers indicating their (high) scores; all of which means, unfortunately, some clear conflicts of interest.

The situation is a bit worse here than in countries with larger, richer wine-drinking populations – but even in Europe and America there are remarkably few totally independent critics of the Jancis Robinson/Robert Parker stamp, outside of the magazines.

I’m genuinely making no personal accusations here, but consider the competition or show owner/beneficiary who derives income from persuading a producer to enter a wine or take a stall. When, on a different occasion, the competition mogul wears his judge’s hat and rates that wine, is there no pressure to please – or at least not alienate – the producer? Or, if the different occasion happens subsequently, is there no pressure to defend the competition results by giving a very close rating?

And if you are lucratively selling those little stickers announcing that you’ve scored the wine 90 or 95 points or whatever, can you easily forget that no-one’s going to buy the stickers if you give a rating of 89? Can you always respond totally disinterestedly to the knowledge that rating the wine a tiny bit more could lead to more income for you?

There’s another problem that especially those of us critics who live amongst wine-producers must face: friendship. I was going to come to that here, but must postpone it to next week, as I’ve already gone way past my word-count (Christian thinks that you don’t easily read beyond 400 words and I’m double that – so perhaps if you’ve reached this sentence you’re unusual.)