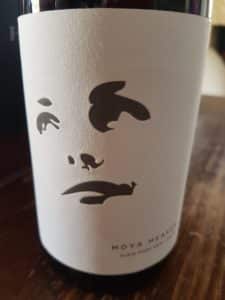 Jean Smit, previously of Boekenhoutskloof, was recently installed as winemaker and the Pinot Noir 2018 is the first wine as made by him to be released. From clones 667 and 777, winemaking involved mainly spontaneous fermentation but 20% inoculated with a yeast isolated at Stellenbosch property Reyneke Wines, this having high enzymatic properties useful in increasing the organoleptic properties in the final wine. Maturation lasted 11 months in 300-litre barrels, 30% new.

The nose shows floral perfume before red and black fruit plus a hint of reduction. The palate shows lovely fruit purity, fresh acidity and fine tannins. The wine has some breadth (alcohol is 14%) but it’s not weighty and comes across as very deftly made. Price: R250 a bottle.

Flight of the Jackass Cinsault 2018 vs Reverie Pinotage 2018

If lightness, freshness and minimal tannins in red wines are what you’re into, here are two examples that should appeal. Flight of the Jackass Cinsault 2018 Wine Cellar price: R180...