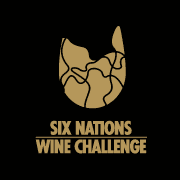 Results of this year’s Six Nations Wine Challenge between Argentina, Australia, Chile, New Zealand, South Africa and the USA have been announced.

There are six judges, one from each participating country with Michael Fridjhon representing South Africa, and each judge is set the task of selecting 100 wines across 17 classes with a maximum of 10 in any one class. A trophy is awarded for the top scoring wine in each class.