David Clarke: Where to now for sommeliers in South Africa?

Where does the average South African sommelier sit in the scheme of things internationally? I have just stepped down from the Board of South African Sommeliers Association – the non-profit organization that aims to help uplift and promote the service of wine in South Africa – and I thought it an opportune time to record some thoughts.

I arrived in South Africa in January 2013, having been in the wine industry (Australia/UK) for 15 years at that time and previously worked as a qualified sommelier in some of Australia’s top restaurants before taking up the role Executive Officer for Sommeliers Australia (SASA’s Australian equivalent).

Just prior to moving here, I enquired about a few “sommelier” positions that were advertised and was told that my salary expectation (converted directly from my Australian salary) was roughly 10 times what was budgeted for the positions. It is also worth noting that upon my arrival, I was one of only about a dozen people with an internationally-recognised sommelier qualification (via the Court of Master Sommeliers) resident in this country. Compare this with the number of certified sommeliers in Australia (not including Advanced and Master Sommeliers) – more than 285.

South African restaurant owners seem to see little advantage employing sommeliers at internationally-competitive rates. And in some ways, I understand this. Due to the “patriotic” nature of the vast majority of wine lists in South Africa (they are almost exclusively made up of South African wines) most of a sommelier’s product knowledge would be rendered irrelevant. South Africa produces approximately 5% of the world’s wine, and when you factor in that roughly only 40% of that is sold in glass bottles (ie. excluding the 60% bulk wine), as a sommelier in South Africa you only have access to a tiny percentage of the world’s wine. My own knowledge of areas of Spain, France, Italy, and Germany, Austria, Greece, South America, and other beverages such as sake, whisky and whiskey, Cognac and Armagnac, etc. has been decimated since moving to South Africa simply due to non-use. “If you don’t use it, you lose it” as the saying goes – true story.

However, I remain positive about the profession in South Africa. As anyone who is mildly interested in wine has noticed, South Africa has been on a roll in terms of wine production – huge increases in numbers of producers, a massive increase in diversity of wine styles produced, new varieties, new growing areas, and most importantly, an overall rising of the tide in wine quality. As a result, keeping up with what is happening in the theatre of South African wine has become difficult, even for the most passionate amateur; and it continues to get harder every vintage. Never has there been a greater need for quality wine service in South Africa. When I say service, I don’t just mean someone who can adequately remove a cork from a bottle and pour wine.

Enter the South African sommelier. Someone whose job and passion it is to stay abreast with all that happens in the industry, continually tastes and talks to not only winemakers, but viticulturalists, grape growers, marketers, distributors and importers. Someone who knows everything about every wine on their list and every dish on their menu. The sommelier’s sole aim should be to guide guests during their visit in order to maximise the guest’s pleasure given their budget, preferences and demands. They are not simply there to dispense your wine, but also give you insights about the skills, techniques and artistry that has gone in to preparing your meal and the accompanying beverages. They wish to nourish your body and your mind, if you let them. This should all be done with the guest in mind, not the sommelier’s ego. You either live and breathe this ethos, or you’re not a sommelier.

South African sommeliers have the luxury of being able to “go heavy” on knowledge of one area of the world’s wine. They can go deep in to South Africa, much deeper than their international colleagues can on any region. The opportunity to be the “Rain Man” of SA wine is there if someone wants it enough. I cannot think of a valid excuse for any sommelier not being extraordinarily knowledgeable about the industry.

Then, there is the matter of skill of service. To become a certified sommelier, there is a minimum requirement in terms of the practical aspects of wine service (opening old bottles/sparkling wine, decanting, pouring, etc). Not having access to the vast majority of the world’s wine does not excuse anyone from not having these skills. South African sommeliers could lead the world in the practical side of the sommelier profession. You can make the dining partner of someone who ordered R100 bottle of wine in a restaurant feel like the only person in the room if you serve it correctly, beautifully, with calculated flair, passion and respect. 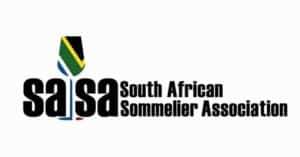 When I arrived in South Africa, I thought I may be able to bring some insight and perspective to SASA and was honoured to appointed to the board in 2014 (serving the last two years as the Vice Chairperson). It is worth noting that sitting on the Board is a volunteer position, which is to say, unpaid. I am grateful that so many others have seen fit to donate their time and efforts to also sit on the board.

I am immensely proud of what SASA has achieved during this period. We conducted an internationally-recognised certification for sommeliers for the first time in South Africa. We had a South African representative compete at the Best Sommelier of the World competition for the first time. In addition, we held many, many independent tastings and discussions (usually one a month) for members and non-members to attend, thus slowly but steadily increasing the base level experience and knowledge of the industry. It is worth focusing on the “independent” part of these tastings – it is rare to find professionally run tastings that are without a sales and marketing bias of some sort. It is relatively easy to spot those who rely on the sales and marketing departments of their suppliers for their education.

But, perhaps the achievement of SASA of which I am most proud is the creation, establishment and execution of the SASA Junior Sommelier and SASA Sommelier certifications. These are Levels 1 and 2 of the SASA certification hierarchy and sit under the internationally-recognised Level 3 Advanced Sommelier (Association de la Sommellerie Internationale Diploma).

For the first time there is an independent, internationally-recognised certification body for the sommelier profession in South Africa. This coupled with the two companies linceneced by SASA to train aspiring professionals to pass these qualifications (Sommeliers Academy and SOMM101), and the opportunity for other businesses to do the same, the sommelier profession in South Africa has never looked healthier.

If you, dear reader, have any questions regarding the sommelier profession in South Africa, please post in comments below and I will do my best to answer them.

Wikus Human is the new Best Sommelier in South Africa as judged by The South African Sommeliers Association in association with Stellenbosch Wine Routes. Human is a Court of Masters...

“Why are top-end red wines so much more expensive than white wines when they essentially cost the same to produce?” was the question posed by acclaimed Swartland winemaker Eben Sadie...