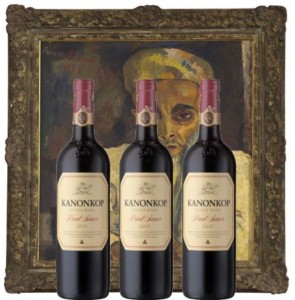 The eminent art critic Robert Hughes was no friend to the business side of art – which was becoming an even bigger business in the last quarter of the 20th century when he was doing much of his writing. Nearly 30 years ago, for example, he wrote that: “The art market boom has been an unmitigated disaster for the public life of art. It has distorted the ground of people’s reaction to painting and sculpture. Thirty or even twenty years ago anyone, amateur or expert, could spend an hour or two in a museum without wondering what [an artwork] might cost at auction”; but now, he continues, “the imagery of money has been so crudely riveted onto the face of museum-quality art … that its unhappy confusion between price and value may never be resolved.”

It’s not hard to apply that kind of analysis to the top – or even intermediate – levels of international wine. Much fancy stuff has been written about the relationship of fine wine to art (including by me – I was happy to conclude that wine is not art, despite some parallels). But perhaps the most telling connection between wine and art these days is, simply, money, together with an element of fantasy that delinks the object from the real world of use.

In his famous BBC series about modern art, Hughes made the depressed epigram that “The new job of art is to sit on the wall and get more expensive”. Something similar could be said for investment-grade wine. I’ve been re-reading a collection of Hughes’s writings recently – at the same time as the latest Strauss & Co wine auction was taking place. Such observations as in the above quotations were burningly relevant to a good deal of what was happening in the virtual auction room (see here for my remarks on the spectacular and rather bizarre results of that sale).

It’s no accident, of course: when the new wine auctions were announced a year ago, Strauss spoke of wanting to “elevate South African wines to the same degree of collectability as the visual and decorative arts”, to bring “an exciting new asset class to our client base”. An “asset class” is surely nothing other than a description of wine-objects whose basic job is to sit in a cellar and get more expensive for as long as possible. In the great wine auctions of the world, where Bordeaux, Burgundy and Champagne rule (plus Port and the occasional entry from elsewhere), it’s likely that many of the wines traded have been traded at least a few times before and have never left the bank vault – sorry, the cellar – where they have been resting in perfect conditions for decades, their increasing value unthreatened by movement or light or temperature change.

Thankfully, there’s a significant difference between wine and art as an investment, however: looking at some of the most lucrative items on the recent Strauss auction, a single bottle of Pétrus 1989 can sell for R85 000 at the age of 30+ years, and could possibly be sold again a few times; Kanonkop Paul Sauer 2015 has many more years in which to be re-sold. But all wine must (surely) eventually be drunk. After having been an “asset” and a source of profit for decades, one day it must reveal itself as a mere beverage – and the final buyer will want it to be a pretty special one. That is the saving grace of wine: the element of reality, of rationality, lurking somewhere among the unsavoury madness of buying and selling.

There is, undoubtedly, delirious fetishism in the wine market as there is the art market. But, as Robert Hughes points out, “No work or art has an intrinsic value, as does a brick or a car.” (Or a bottle of wine.) An artwork’s price he adds, “is an index of pure, irrational desire; and nothing is more manipulable than desire”. That desire and manipulability obviously apply to wine too – but there remains an element of rationality: the surpassing deliciousness and grandeur (let’s hope) of the wine, even if that has not really been the object of its chain of buyers. Theoretically, the wine is ultimately still just a damn drink (which is much more, though, than just some pigment on canvas).

But, if we’re gaining a secondary (investment-ready) market for Cape wine, we’re also losing an element of innocence. There have for long, of course, been values other than intrinsic ones attached to particular wines, with a cachet in having and serving the likes of Sadie Columella and Kanonkop Paul Sauer. The scoring nonsense plays its part in Hughes’s “unhappy confusion between price and value”. But drinking the stuff has always been more-or-less primary. I myself have both sold and bought wine and art on auctions, but I haven’t yet ever bought either with the express intention of re-selling – that is, as investments (though some have retrospectively proved to have been good ones when they became surplus to my wants and needs). Now there’s always that shadow for top Cape wine.

Who these days will buy Columella and Paul Sauer without the hovering idea that perhaps it’ll prove better to sell rather than drink them, with traders greedily encouraging us? Perhaps this doesn’t matter, to everyone, at least – we’re so imbued with the values of the marketplace that another encroachment will easily pass unnoticed. The process of commodification of something beautiful is certainly inevitable, and even if we don’t hanker after the days of comparative innocent bliss, we should all recognise, and feel a twinge of regret about, the sliver of iron entering our souls.