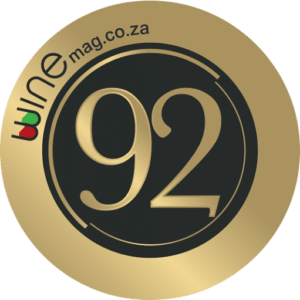 I’ve been doing some very basic arithmetic (it has to be basic – it’s so long since I was at school without a calculator that I can’t even remember how to do long division). My foray into figures came when I noticed Christian’s recent response to a comment about the relationship between scoring systems. One thing he said was that “The supposed merit of the 100-point system is that it gives the critic extra gradations which aren’t available to him when using the 20-point system”.

Is that the case? No system actually seems to work as expected. Everyone knows that the 100-point system is really a 50-point system – with scores from 50-100. In common practice, however, it seems to me, it’s usually a 20-point system: from 80-100. But Michael Fridjhon and his Trophy Wine Show use a wider range: for him a gold medal rating starts at 90 (presumably the same as Christian’s 93), and a bronze medal (“good to very good” wine) is from 70–80. This system would support Christian’s argument about “giving the critic extra gradations” much better than his own scoring does… I don’t think Christian ever descends into the 70s, let alone the 60s. If I saw a wine scoring 81 from him I’d assume that he thought it extremely dire stuff, not a silver medallist as for Fridjhon.

Christian validly argues that “if 100/100 represents ‘perfection’, then it necessarily should become more and more difficult to attain, the closer you get to it”. That is, presumably, one should only very rarely stray into the lofty altitude of 95 points and above – in which case it would seem that for most users the 100-point system could be seen as basically a 10-point system (85-95), apart from rare ventures above or below. This range seems to me the almost inevitable one for wines scored on this website.

Tim Atkin is another adopter of the American 100-point system. His 2016 Special Report on South Africa rates over 1400 wines, and only a few get 83 or 84, with 85 being his “bronze medal lower limit” (admittedly he doesn’t taste deep into the lower reaches) and not a great many get over 95. So, not exactly a whole lot of “extra gradations”, is it? I wonder if those who use the 100-point system as a 20-point system aren’t likely to start wanting to use half points, thereby turning it into a 40-point system…

If all Tim Atkin’s wines scored between 12 and 19 on the 20-point system, including half-points, instead of between 83 and 98, there would be exactly the same number of graduations  (if my arithmetic is correct). So why the urge to abandon the 20-point template if only a few, like Michael Fridjhon, are going to avail themselves of the 100-point system’s potential?

As to Platter, which Christian says “awards 5 Stars to wines rating 95 points” – well, yes, but also no. Basically, Platter uses the 5-star system (actually a 10-point system, given the use of half-stars), and the 100-point system is not really for rating: it’s there in the background serving a largely administrative function.

The mind reels at the inevitable confusion and communication failure in all this.

Perhaps we should just abandon the whole scoring nonsense. What a good idea!