Tim James: The contents of your wine glass reconsidered 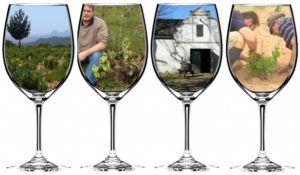 Turning my eyes from an array of online wine-business ugliness, I’ve been reading Wine and Place, a “terroir reader” largely composed of extracts furthering this greatest of all wine debates. I’ll write more about it when I‘ve finished, but I wanted to now share a paragraph in a passage I found there, taken from one of the most inspiring books about wine that I know – Terry Theise’s Reading Between the Wines (University of California Press, 2010, but I see a revised edition is available on Loot; see here for my original review on Grape).

Here’s the quotation; it follows a story about two Mosel winegrowers; I hope it will remind wine lovers that there’s more to wine commentary than the more commercial interests admit:

“Being a Mosel vintner signifies membership in a human culture much deeper than mere occupation. This is true of every vintner, whether his wines are great, good, or poor. This may seem abstruse to the ‘consumer,’ but there are many ways to consume and many things to be consumed in a glass of wine. You can see it merely as an object and assess it against its competitors using some arbitrary scale. Or you can drink something that tells you it was made by human beings who want to show you the beauty and meaning they have found in their lives. You decide.”

I decided long ago. I profoundly accept this “something that tells you”. I even sometimes try to write about wine and wine-people and wine-places in that way, though undoubtedly not sufficiently hard, frequently or successfully.

But I am aware that it is not easy to reach this sort of understanding of wine when all you have is bottles (even if you also have books like Theise’s) and don’t have much opportunity to spend real time with wine-growers, especially among the vines. Most of the great wine experiences I have had have not been with bottles of wine (although they must always be the context), but in those wonderfully humanised landscapes that are vineyards, with people. There was an unforgettable day travelling with Rosa Kruger and Eben Sadie – my first visit to isolated vineyards in the north of the Swartland and the hills of the Olifants River, vineyards whose wines would soon become world-famous, though we none of us really knew that then (though Rosa, at least was convinced, and she convinced Eben). The dishevelled century-old vines that would produce ‘T Voedpad have an immovable place in my heart (I helped harvest them once – it wasn’t much fun, and I was worried about snakes, but it deepened my feeling for the wine). The unlikely dry hillsides of Skurfberg with that red sandy soil. The chalkwhite sea-sand of Skerpioen.

I cannot drink those wines now without images crowding in of those vineyards and the people who sweat over them and understand them and love them. That above all is what is in the glass.

And driving up terrible farm roads with Chris Alheit to see the vines of Radio Lazarus that he worked so mightily to save, and seeing him so disconsolate as he realised (definitively that day, I suspect) that they were doomed – as indeed the drought later ensured they were. And listening to Johan Reyneke talk with such care and genuine commitment about the meaning of land and working it. And marvelling with Gottfried Mocke at raw, hard-won steep terraces planted with infant pinot noir at Chamonix.

Those and so many more experiences are part of wine for me. I have sought them out, have paid willingly for these privileges in various ways, and they count as some of the great ones of my life – repeatable when I pull a cork. How could I want to taste those wines (or any wines) blind and rate them out of 100?

“You decide”, says Terry Theise. I know it’s not so simple. Not everyone can phone Johannes Selbach in Zeltingen on the Mosel or Eben Sadie on the Paardeberg and arrange a lengthy, marvellous visit (though you could push your luck and try). But any winelover can do something to deepen and enrich his or her understanding of what’s in a glass. Many years ago I landed up on the bridge over the Mosel at Bernkastel, alone and without any introductions to smart vintners (and too diffident to knock on doors, which might well have opened). I’d learnt to love Mosel wines from reading Hugh Johnson’s lyrical descriptions, and I came closer to understanding them from just gazing at those walls of riesling and, later, walking a little way through the Wehlener Sonnenuhr, trickling the dark slate through my fingers, and imagining.

If you can visit a wineland, try wandering around a vineyard or two; history and wine culture are palpable at many old Cape estates; stand and stare, look at the people working the vines. Sometimes at a small winery especially it might well be worth expressing interest in the vineyards (so much more fascinating than a cellar tour), and someone might even find pleasure in sharing with you some of what they do and know and feel – and if you’re very lucky it will be one of those who, as Terry Theise says, have found beauty and meaning though that land, those vines. But if all you have is wine, just try gazing more deeply into it than you have before – and concern yourself less with what some critic has scored it.