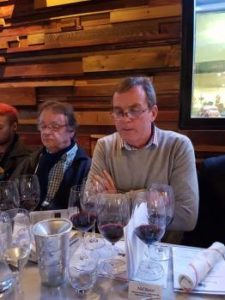 Prompted by the good showing of the 2012 vintage in the recent Prescient Cabernet Sauvignon Report, yesterday winemaker Niel Bester at this Simonsberg-Paarl property presented a vertical tasting of the wine from 2009 through to 2013.

There was great excitement around Plaisir de Merle in the mid-1990s when it was begun by what was then Stellenbosch Farmers’ Winery as a prestige project, the late Paul Pontallier of Bordeaux First Growth Château Margaux as consultant but for whatever reason, the property’s standing has slipped a little in recent times.

The Cab Report features 60 wines, participation by invitation only, wines chosen at my discretion. The 2009 vintage of Plaisir de Merle featured in the inaugural 2012 tasting where it was rated 4 Stars (roughly equivalent to a score of 86 to 89 on the 100-point scale) and the 2010 in the 2013 tasting getting 3½ Stars. The 2011 was not tasted but on something of a whim, the 2012 was included in this year’s and bingo! There’s nothing like blind tastings to overcome your wine prejudices…

Time in bottle has done the 2009 no harm at all. It shows red fruit plus a little herbal character while being medium bodied in structure and is wonderfully refreshing to drink. The 2010, meanwhile, comes across as a bit more big and burly. The 2011 is very fine indeed and I feel it was remiss of me not have reviewed it formally until now while little more needs to be said about the 2012. We shall see how the 2013 fares when it comes up in next year’s Cab Report…

Is Plaisir de Merle the most under-leverage brand under Distell’s thrall? The Grand Brut 2016, near equal parts Chardonnay and Pinot Noir apparently and disgorged after 24 months on the...