Like a bad rash, some things never seem to want to go away. During this Covid-19 pandemic, I have had much to occupy my mind, but now that we are finally moving towards an almost negligible infection rate in the UK with an R-rate below 1.0, that’s surely the cue for the woke main-stream media (msm) to start ramping up its relentless and obsessive coverage of this diminishing pandemic with one eye on how this story will eventually become so dull and irrelevant that they will have no choice but to cease their incessant and dogmatic reporting and actually start to cover some real news worthy stories once again… unless they can convince us all that another deathly second spike is on its way and that we are all basically doomed. Of course the temptation certainly exists to drag this pandemic tale out so long that eventually, like a really bad series of Dallas, Neighbours or Days of Our Lives, even committed viewers will plead and beg for the story line to be humanely euthanised. 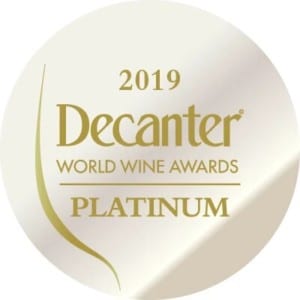 Of the more than 16 500 wines tasted at DWWA 2019, only 148 wines received a Platinum medal, including six wines from South Africa.

It’s certainly a stroke of luck then that I have had this year’s slightly re-scheduled Decanter World Wine Awards (DWWA) to focus my mind and give me some genuine intellectual tasting stimulation after almost five months of zoom tastings and digital wine producer speed dating. I can’t quite recall when I actually started tasting for the DWWA but it almost certainly must have started in the early to mid-noughties when I was finishing my master of wine studies. During this rewarding time of judging primarily South African wines, I have enjoyed the tutelage of influential characters such as the late John Avery MW, Lynne Sherriff MW (and Cape Wine Master) as well as a wealth of other wonderful ex-colleagues who chose to make the annual South-North trek over from Mzansi to the UK including the likes of top Cape sommelier and SASA-founder, Higgo Jacobs and influential wine journalist and wine reviewer Fiona McDonald, a noteworthy past Wine Magazine editor. This year however, I myself broke new ground and agreed to assume the greatly prestigious role of DWWA Regional Panel Chair for South Africa.

After watching the slow-motion train wreck of the local South African wine trade sales ban over the past months, I have at least been mildly encouraged and impressed by the notable level of producer participation in many of winemag.co.za’s own blind tasting competitions including latterly, the Cabernet Sauvignon Report, Cape Bordeaux Red Blend Report and Merlot Report all sponsored by Prescient. I suppose if you cannot market and sell your wines locally, why not try and earn yourself a notable gong either locally or internationally at the DWWA or indeed at one of the other large popular wine awards competitions including the International Wine Challenge (IWC) or the International Wine & Spirit Challenge (IWSC).

But as I mentioned earlier, like a bad rash, some things never seem to want to go away. This time however I am not talking about Coronavirus but instead the bottomless flagon of the scoring and score inflation debate. When any of the major global wine competitions have released their annual medal results, for at least the past 10 years, South African wines have unquestionably played a major starring role and have been one of the most rewarded country categories across the board. This fantastic trend has in reality simply mirrored the greater home grown success stories of many of the smaller as well as larger producers who have been striving relentlessly to improve their own overall wine quality. In 2019, over 16 500 wines were tasted from around the world with the DWWA  top scoring wines from South Africa showcasing not only the versatility of the country’s terroir with 95+/100 point wines from Stellenbosch, Swartland, Elgin, Ceres, Cape Agulhas, Paarl and Cape Town, but also the skill that goes into making both top-quality blends and single-varietal wines of note. Of the 148 wines from around the world that received the coveted Platinum medal, selected from the best of the regional gold medals, South Africa represented merely six of these gongs. These wines were all tasted blind of course.

Yet incredibly, whenever South African wines are reviewed individually by international critics of note including Neal Martin, James Suckling, James Molesworth, Tim Atkin MW or even myself on occasion, the siren cry that rings out from sectors of our own industry is that our very top wines are somehow being misrepresented by the scourge of score inflation. This is indeed a fake news battle I have chosen to fight for over 10 years and just when you think the campaign might be over and the war is being won, the scathing mocking of the “improbably high scores” rears its nasty head yet again. I will concede that as an industry collective, we have finally moved past the overt gasps of “cultural cringe” that Tim Atkin MW refer to all those years ago in defence of his supposedly implausibly high South African wine scores featured in his annual South African Wine Report, however, we are yet to truthfully embrace our true industry self-worth in a meaningful way. Until we all start to honestly believe that our finest wines are really worth the hard earned accolades and gongs they are annually awarded, we are going to be forever scratching away at that little chip on our shoulders… or is it perhaps a psychological rash? Either way, September 2020 will not only see a phenomenal slew of new gold medals for South African wines at the DWWA 2020, it will also see at least one if not more 100 point scores awarded by Tim Atkin MW in his forthcoming South African Wine Report. Perhaps time for South African wine quality sceptics to book some extra therapy sessions with their shrinks?