Jeanri-Tine Van Zyl: On biodynamics and our place in the universe 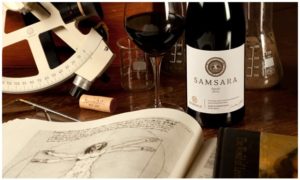 American author Charles Bukowski wrote: “They say that nothing is wasted: either that or it all is.” I was reminded of this quote watching Samsara, the 2011 non-narrative documentary film which explores the life and death cycles of man and its egotistical ‘possessions’.

It is a film (some call it a guided meditation) which to a large degree highlights man’s obsession with material gain, our self-indulgent nature and wilful ignorance. Today’s essential is tomorrow’s landfill, authentic has become synthetic and animals suffer while we pile more food in our trolleys – we don’t pause to contemplate our actions and desires.

To our own detriment we forget that we are part of a single system. We forget our rhythm and our place in the evolutionary journey.

In South Africa a couple of wine producers do their best to be mindful of this evolutionary flow by subscribing to biodynamic farming methods.

One such producer is Avondale, situated in Paarl. At this wine farm they follow a biodynamic approach which sees animals, crops, soil and man operate as an interconnected system. Amongst other things, farmers who follow biodynamic agricultural practices believe in bringing life back to the soil from which they harvest, and they do so by using natural fertiliser only.

With harvest in the winelands completed, and according to the planting calendar followed by biodynamic farmers, Earth is now ‘breathing in’ and focusing her growth forces below the soil. In recognition of this change in Earth’s rhythm Avondale has released its 2007 Samsara Syrah, a Rhône-style red wine, which, as the name implies, celebrates the stages of, and flow through, life.

The Samsara Syrah certainly has a nice spiritual dimension to it. But the story alone won’t convince everyone to try it.

Michelin-star chef Jean Bardet was recently quoted on his view of wines of “environmental virtue”: “You have all these young people with rings in their noses who don’t know wine and say, ‘If it’s organic, it’s better…. That’s crazy. Either wine gives pleasure and happiness or it does not. It’s all about taste.”

The unfortunate reality is that wines of “environmental virtue” are often interpreted as being of lesser quality. But producers like Avondale are challenging this stigma by producing elegant wines which are every bit – if not more – enjoyable than their conventional counterparts.

Avondale’s Samsara Syrah 2007 is a magnificently delicious wine. Delicate white pepper aromas give way to a classically structured and engaging palate with lots of depth. If this wine was a woman you’d want to take her home to meet your mother. It’s that decent. She’s expensive too trading at R335 per bottle, but she’s worth it.

Mr. Bukowski was right. Either everything is wasted, or nothing is. In the case of Avondale’s Samsara Syrah 2007, the latter definitely rings true.

It is astounding the possible difference made to wine by the nature of the vessel in which it ferments and undergoes its maturation before bottling. This is becoming increasingly obvious...