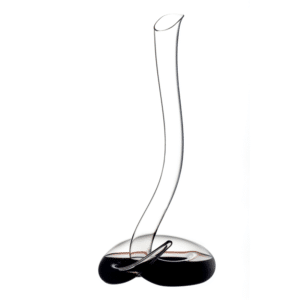 A recent discussion on this site’s comment section brought up another chestnut of the wine world: decanting. It was nothing new: heartfelt support versus moderate skepticism. It dawned on me that I didn’t really have an opinion either way and concluded that would not be an acceptable state of being, so I looked into the skinny on decanting.

Most people will be vaguely familiar with certain words and terms, flung about often: “sediment”, “softening tannins”, “aeration” and that old stalwart, “allowing the wine to breathe”. But what do they all mean and how much of it is really a thing?

Two reasons to decant wine are unanimously agreed upon. The first is to separate the wine from any sediment that may have formed during ageing. This sediment is usually made up of tartrates and/or tannins and is more prolific in red wines than white. While sediment itself has no negative effect on the wine, it’s not visually very appealing and detracts from the overall aesthetic. This links to the second reason for decanting: it adds a sense of occasion to the opening, pouring and drinking of wine. Nothing wrong with a little pomp and ceremony.

I love decanting wine. It looks good and sometimes the wine just seems to taste better after a few hours in a magical crystal vessel. I’m all for removing it from sediment and I love a bit of theatre when I have guests around. But as for the idea of breathing and the softening of tannins, the jury’s still out.

The story goes that exposing the wine to oxygen for relatively short periods of time (one to four hours) serves to break down the tannins, which in turn softens the wine and improves drinkability. Alternatively, aeration is thought to “open up the wine” by allowing volatile compounds to evolve and become more expressive. Apparently.

The major bugbear for these assertions is the lack of science to back it up. I like to think that wine is equal parts science, art and magic, but the “magic” part is most likely just the things science hasn’t explained yet. Doesn’t make it any less magical, but until the mechanism behind fairy dust is patented, it’s safe to assume there’s some scientific basis in even the most revered of wine mysteries.

The problem with the tannin-softening theory is that chemically, no changes in tannin structure seem to have been observed after decanting. Softening of tannins is generally a result of the process of polymerisation (when small molecules join together to form large ones) of tannin molecules. This process happens over weeks, months and years. It most likely couldn’t happen within a period of hours – not enough to impact the wine on any perceptible level anyway. It’s also questionable whether decanting could even introduce a large enough amount of oxygen to induce tannin degradation.

The idea that decanting “opens up” the wine might be closer to the mark. Exposing wine to oxygen is known to remove sulphur-based compounds like thiols (mercaptans) and hydrogen sulphide – nasty things that cause undeniably disgusting smells (think rotten egg) when present in high concentrations. In lower concentrations, these compounds can still alter the perception of a wine: even though the wine might not smell entirely of skunk, these culprits could suppress more delicate notes, altering the perception of the aroma. Removal of these through exposure to oxygen via decanting can take as little as one hour, leaving the wine with more delicate, vibrant aromas. And if the wine smells better, it probably tastes better.

While science continues to figure it out, in the end – as with all subjective matters – most will rely on personal experience and perception: you don’t really need to ask anyone who’s spent R2 995 on a Riedel Eve decanter what their thoughts on the matter are. Whether or not the efficacy of a decanter correlates with the price thereof is an entirely separate topic.

If you look carefully at the bottom left-hard corner of the photograph to the left (an inset of the original photo gives the context), you will see part of the...