They used to call Pinot Noir the “heartbreak grape” – apparently because it was so difficult to produce a decent example, even in Burgundy, and pretty much impossible to make one anywhere else. Nowadays the monicker may still loiter in the shadows, but it would be hard to sustain an argument that good pinot is as rare as the farmyard pong in the rocking-horse enclosure. There are countless Kiwi examples which regularly trump reputable Burgundy incredible international tastings. It’s not that difficult to find comparably well-reviewed Australian examples. The Germans have likewise found their way to the upper echelons of these same charts while the Cape has bagged enough credible scores to ensure it should now be taken seriously. It would take a real grinch to set out to spoil the party.

Judging from the acrimonious comments which followed winemag.co.za’s reviews of the latest releases from Storm, South Africa’s pinotphiles are not all quite in the same space when it comes to appreciating the efforts of our producers. The gap – at least in terms of points allocated – is not so vast (but that might be a function of the narrow range left on the spectrum once nothing less than 94 counts as a good score and 99 is pretty much as high as you can go). What is clear is that the value attributed to these nuances spans the degustatory equivalent of a hemisphere

Given that pinot noir is meant to be quite subtle in the first place, a marginal difference in how a wine presents itself can result in a significantly different impression. But there is also the question about whether or not these differences are really that important. I am reminded of the old chestnut about why academic disputes are so vitriolic? (It’s because the stakes are so low – in case you wondered.) When there isn’t much scoring space to separate the run-of-the-mill from the best-in-class, the commentator who wants to put his preferred candidate on the podium has to step onto a soap-box in order to get it there. 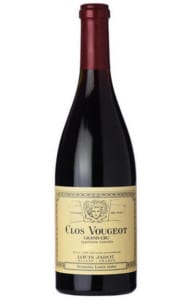 A decent example of Pinot Noir from the Côte de Nuits.

At this point, I need to declare my position. I’ve been drinking great Burgundy for 50 years – which means I was comfortably under-age when I started. It also means that my aesthetic vision was moulded by an era when Burgundy was not as fashionable as it is today and when, to be frank, production was pretty much hit-and-miss. I have a reasonable tasting knowledge of vintages back to the 1920s, and I’ve certainly watched a great many of the wines from the 1960s onwards as they have evolved from gawky and reticent striplings into infinitely subtle and hauntingly complex masterpieces. I’m not necessarily a fan of all modern Burgundian vinifications nor, for that matter, the wines produced elsewhere in the world using these cellar strategies. I have also been involved with South African pinot since the first modern plantings in the 1970s. Nothing would give me greater pleasure than to taste a Cape pinot capable of rivalling a decent example from the Côte de Nuits.

Only, thus far I am patiently waiting for that epiphany. So when Crystallum’s Cuvée Cinema 2018 scores 98 in the February 2020 issue of UK magazine Decanter, I’m not surprised, but until I taste the wine, I’m not persuaded. Granted I’m a particularly parsimonious judge. Unlike many of my colleagues whose scores for younger wines are higher than for more mature vintages, I reserve my “bonus” points for wines which have evolved and acquired the complexity of secondary and even tertiary characters through the elapse of time. Fresh primary fruit, even with perfectly integrated oak characters, doesn’t cut it for me. That’s a minimum requirement from correctly sited, properly managed vineyards and a competent hand in the cellar. By way of an example from another art form: every generation produces a cohort of visual artists who are believed to rival the great talents of the past. The real test comes a century or two later, after the noise of the contemporary art scene has died down. For great pinot, you don’t have to wait that long, but you do have to hang fire until the wine proves its mettle on the long road which winds into the future.

So where does this leave the combatants in this current Winemag debate – and the many like it which take place in pinot chat rooms all over the world all the time? On the assumption that everyone is acting in good faith, much – but not all – of this boils down to different aesthetic expectations. I like my pinots when they are a little less like cherry or strawberry juice layered with vanilla flavoured tea-leafy tannins. However, I really do get that for many pinot consumers, it is exactly these flavours (and flavourants) which have been the defining features of modern pinot noir.

A few years back Brian Croser and James Halliday – both great tasters and great pinotphiles – sat at the Stonier International Pinot Noir tasting betting each other over which of the wines (all served blind) came from the New World, and which from Burgundy. They found many of them impossible to tell apart – not because the terroirs were in any way similar, but because well-made very young wines crafted in a certain style will all set out in life tasting much the same. It’s what they become once they’ve shed their puppy fat that really matters.