Government should be ashamed of its lack of consultation with restaurants during lockdown. No question. But where to from here? How can restaurants stay in the game? Also, how can government be less arrogant?

On Sunday, President Cyril Ramaphosa announced that the sale and distribution of alcohol would no longer be allowed. He also instituted a 9pm-4am curfew.

This was to avoid burdening clinics and hospitals with alcohol-related injuries.

Ramaphosa said there was “clear evidence” that lifting the ban on alcohol during lockdown had “resulted in substantial pressure being put on hospitals”. Most alcohol-related car accidents, violence and related trauma happened at night, he said.

Restaurant Association of SA head Wendy Alberts responded on Monday. “This is really the death of dinner in restaurants,” she said.

Tessa Purdon, head of content for EatOut, concurred. “I don’t think customers are going to want to be rushed out the door.”

The association represents more than 10 000 restaurants. Currently, hundreds of thousands of restaurant-related jobs are on the line.

“We have received a massive number of reports from association members saying they have decided to retrench all of their staff and close all their doors until Level 1,” Alberts said.

The association had made repeated attempts to meet with government representatives, but letters through the correct channels had been ignored, she said.

“It is irresponsible of government not to consult with us and the industry… All we’ve asked for from the outset is clear communication, transparent communication, clarity, and an opportunity to engage with government.”

Alberts accused the government of being “thoughtless”, saying the new restrictions would not just affect restaurants and restaurant staff but would result in a “ripple effect” through “the entire supply chain”.

Purdon said restaurants had “pivoted as much as they’ve been able to during lockdown”.

Since March, many restaurants have started offering deliveries and take-aways for the first time. Some restaurants now sell frozen or part-cooked meals. Restaurants that recently opted to offer sit-down meals have complied with rules around social distancing and safety.

Notably, many restaurants converted their kitchens and kept on their staff in order to make soups, stews and food parcels for the country’s most vulnerable.

Purdon said that since April, 52 restaurants had cooked over 700 000 meals for people in need.

This was made possible through the Restaurant Relief Fund, which has to date has raised R1,5m to support the kitchen feeding scheme. The 52 restaurants were currently “cooking to raise another R2m in the next two months,” Purdon said.

The Fund also receives donations of produce and dry foodstuffs.

Winemag and other media organisations have kept the public informed about how restaurants have tried to “pivot” – and how to support their efforts through donations and/or meal orders.

“However, this is a blunt mechanism that will negatively impact the Western Cape economy and the Agri-processing sector and will result in job losses across the province,” he said.

He said that government needed to think “outside-of-the-box” to address the issues of alcohol-related injuries, during Covid-19 and beyond.

Last month, US-based Courier magazine reported on outside-the-box thinking not in government, but in the restaurant industry itself.

Nick Kokonas and his business partner, chef Grant Achatz, own Alinea, a Chicago-based restaurant with three Michelin stars. The Alinea group includes the restaurants and bars Next, Roister and The Aviary – as well as Tock, the restaurant reservations software company Kokonas set up in 2014.

At the start of the year, Kokonas started working on what he calls “a battle plan”.

In mid-March, when the Illinois governor closed restaurants indefinitely, all Alinea group staff were released with a $1000 stipend, and top management gave up their salaries.

The company’s website was set up “so our staff knew exactly how to apply for unemployment”. He also made an abrupt decision to pivot both of his businesses. 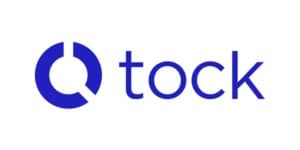 Courier reports that the restaurants were transformed into takeaway venues and Tock was changed to “Tock to Go”, a takeaway and delivery service platform.

“Three days later, Alinea hired back 60% of its 300 employees and was serving 500 meals a night through its takeaway service. The following week it was serving 1,250 meals a night and making back roughly 75% of its previous revenue.”

Tock to Go signs up restaurants like other delivery apps, but in contrast to companies like UberEats, which charge 20-30% per order, Tock To Go charges a flat 3% commission.

In June, Alinea alone served 28 500 meals. “That’s more than we usually do in a year,” Kokonas is reported as saying.

Alinea has dropped its prices from around the $300 mark for a cerebral sit-down meal to $42,50 for a takeaway duck cassoulet, a goats’ cheese side-salad and a banana cream tart.

“I’m trying to set an example that what you think can’t be done, can be done,” Kokonas told Courier. “Are we still getting enough to employ 60% of our employees? Yes. Is it enough to feed people and make them happy? Yes again.”

“Government doesn’t work right on a good day. Why should we expect this was going to be brilliantly planned… ? Ultimately, it’s up to the individuals to take it and do with it as well as you can.

Courier asked Kokonas what would happen “on the other side” of the pandemic, after restaurant closures.

He replied: “I guarantee there’s a 25-year-old chef out there who hasn’t had the opportunity to build her own place because she couldn’t afford the lease rates six months ago. Eight months from now there’s going to be some mothballed restaurant, leftover from some guy who didn’t run it right, to begin with, and she’s going to go in there and get it at half-price. And you know what? That is going to be a great fucking restaurant. That’s what happens out of times like this.”

Winemag appeals to its readership to continue supporting the local restaurant industry through the purchase of takeaway and frozen restaurant meals, particularly from small businesses.

We also encourage readers to contribute to the Eat Out Restaurant Relief Fund.

“There is just no money left in the industry to support the businesses, and they can’t just keep their doors open in the hopes of paying their staff,” Alberts said.

Government needs to do its part by appreciating what restaurants have already done and consulting with them to support its efforts going forward.